Alien Pez dispenser by Peter “Rat D” Davidson… in space, no one can hear you craft. Very little is known about the artist that created this rather wonderful Xeno-Pez. It has been featured on various blogs and articles as far back as 2001 with no direct link to it’s creator. Perhaps he will always remain anonymous but one thing is for sure, this is one hell of a cool thing. I’ve heard most people eat their Pez sweets at night… mostly.

Are you the master of this creation? Link me to your work and step forward into the light. 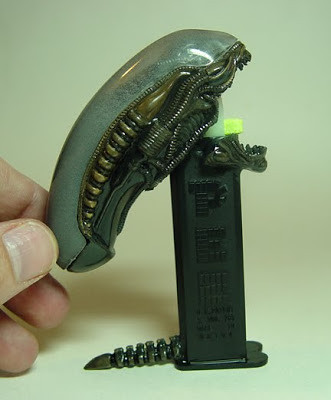 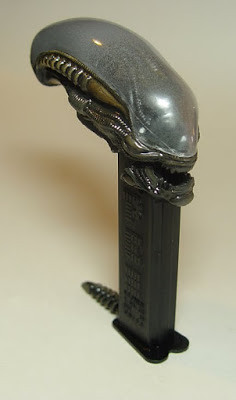 While we are on the subject, here is an Alien themed Wedding Cake by Jet City Cakes. I’m all for breaking tired and tested wedding normality, make a union your own and geek it up. “Hello my baby, Hello my honey, Hello my ragtime gal!” 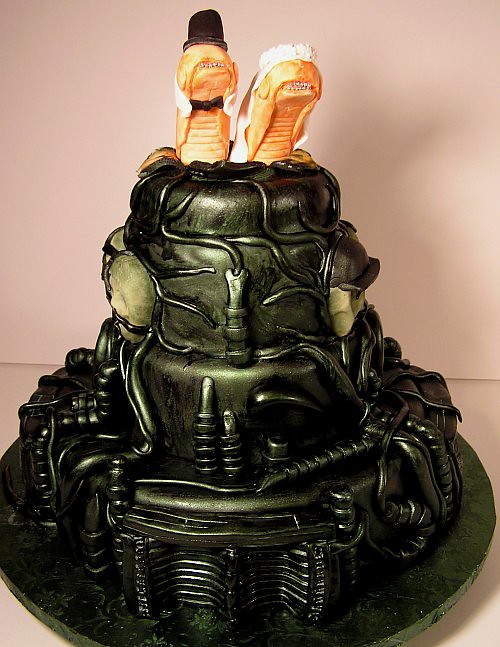 MAIN STORY: LeAnn Moder, and her family, have hit a slight snag after Doctor Who parked the TARDIS slap bang in-front of their house over Christmas 2014.

The TARDIS was built by LeAnn’s father in 2012 and used in lieu of a traditional ‘altar’ at her and her husband David’s Doctor Who / Torchwood themed wedding, held at a British style pub in a local mall. It has since been loaned to a church, libraries and a fair few Sci-Fi & Comic Book conventions in the area.

The problems started when the couple received this rather poorly constructed letter from the Lexington Home Owners Association of Tampa Florida just before Christmas.

Basically somebody grassed them up for being different. Yes, they live in an area that has all kinds of rules and regulations (especially regarding weeds) so perhaps they shouldn’t have parked the famous Blue Box out front but it’s not exactly unpleasant to look at is it? Not lowering house prices or causing offence unless you really, really hate Doctor Who. I would be over taking pictures of the best outdoor Christmas decoration ever.

“I’m slightly amused by this….I maintain this is a mode of transportation, therefore I have every right to park it in my driveway.”

To help raise awareness for this interesting state of affairs an outdoor Doctor Who screening went ahead on Saturday 3rd Junuary 2015 at the couples residence. Locals came out, along with a news crew from Bay News 9.

“Remember that we love this neighbourhood and want nothing more than to have a super nerdy, family friendly, timey-whimey time! Show our neighbours how awesome Whovians are and let your nerd flags fly high!! Geronimo!”

To see how this pans out go and snoop at the TARDIS Riders In Pinellas (TRIP) Facebook Group.

Whovian Nerds with Imagination Vs The Illiterate Daleks of the Lexington Home Owners Association of Tampa Florida. Just like the Time War but with slightly less carnage and more chips’n’dips.