Lego Avengers, and other Marvel characters, assemble! This colourful mural, by Dominic Carlyle, can be found on the side wall of Retro Ink tattoo studios in Blackpool and includes Spider-Man, Captain America, Hulk, Wolverine, Iron Man, Thor & The Thing. Hulk’s got a tattoo gun, is that wise? You can view full size images, and more Blackpool street art, via my Flickr album. 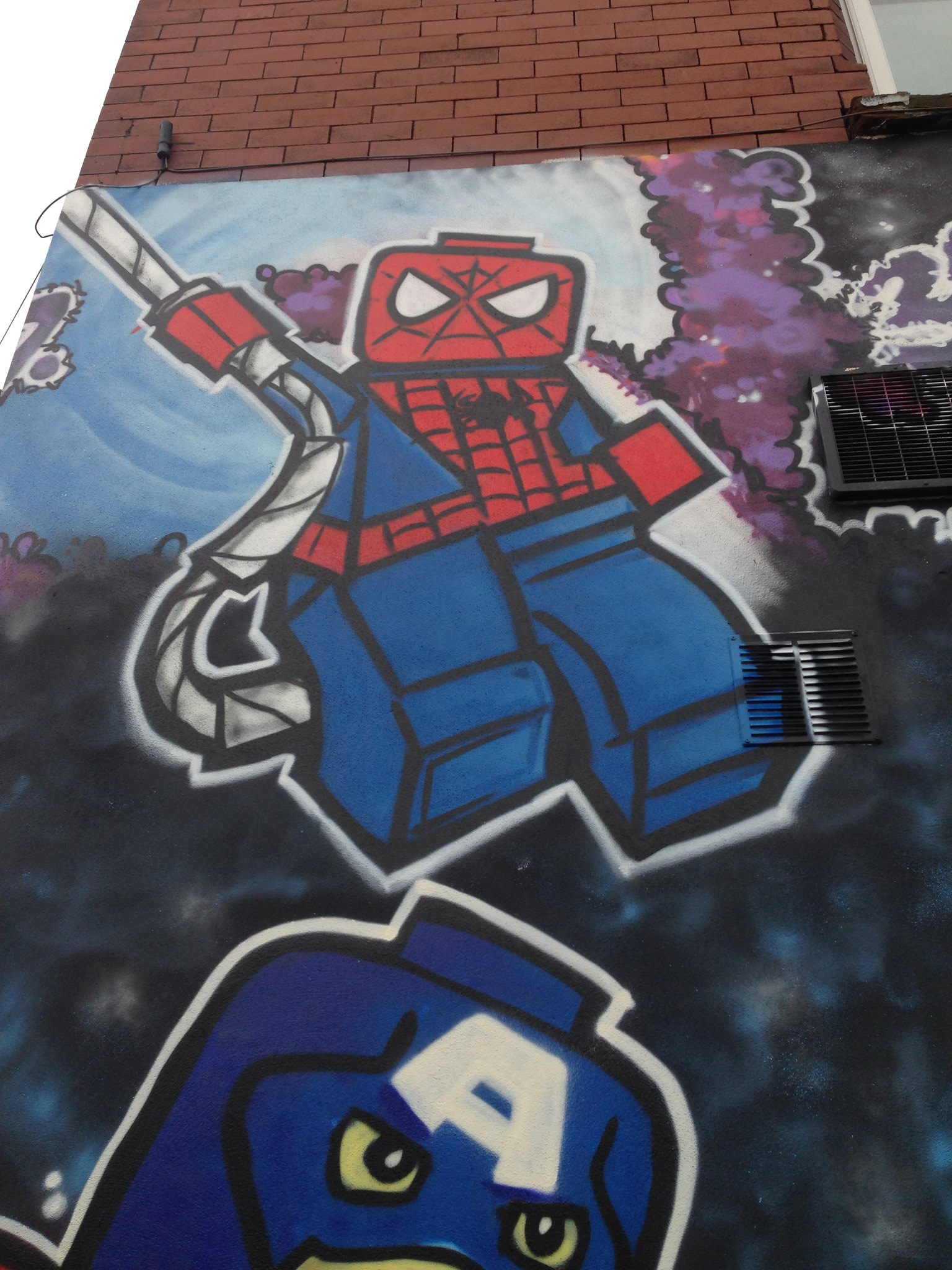 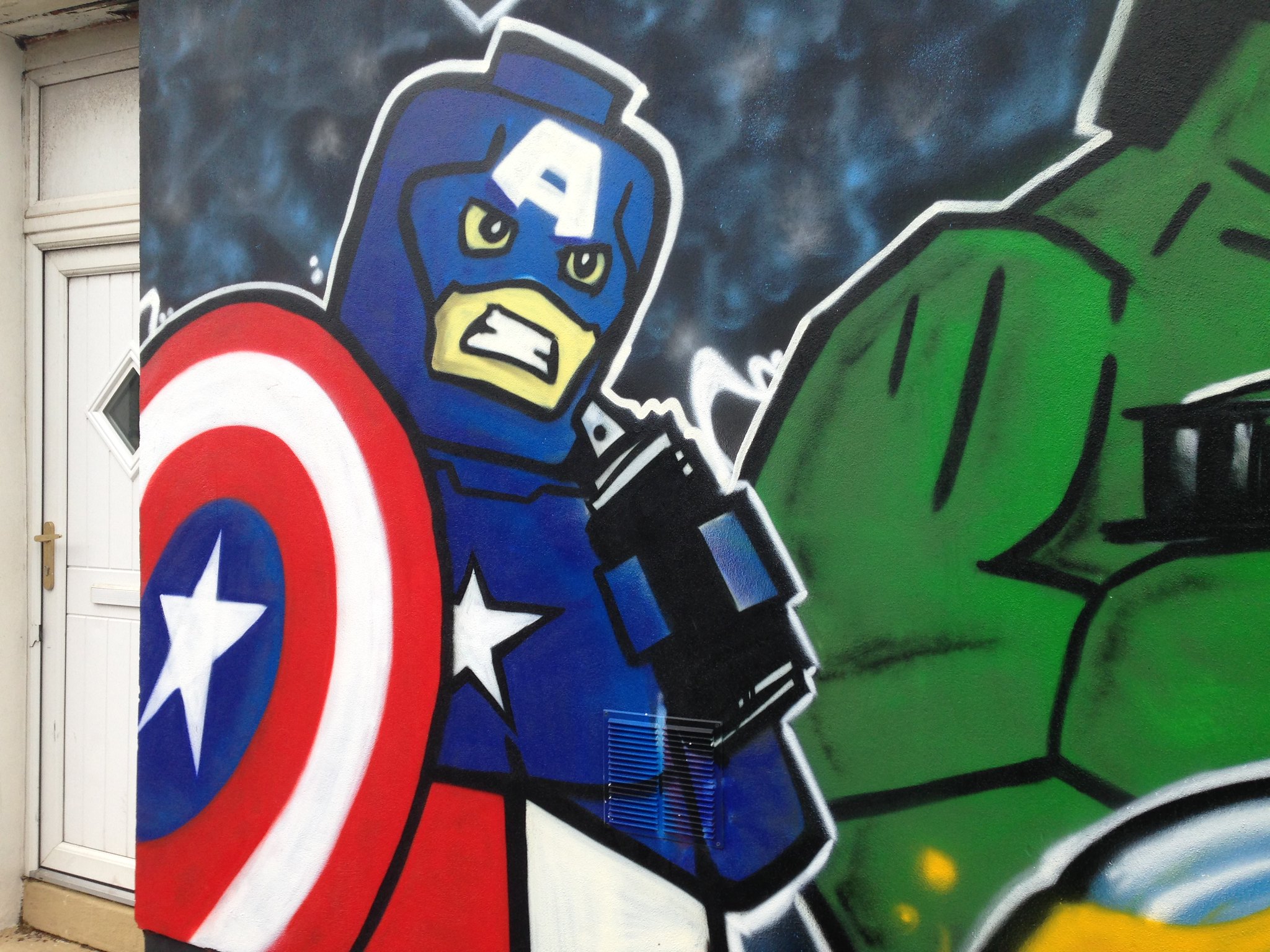 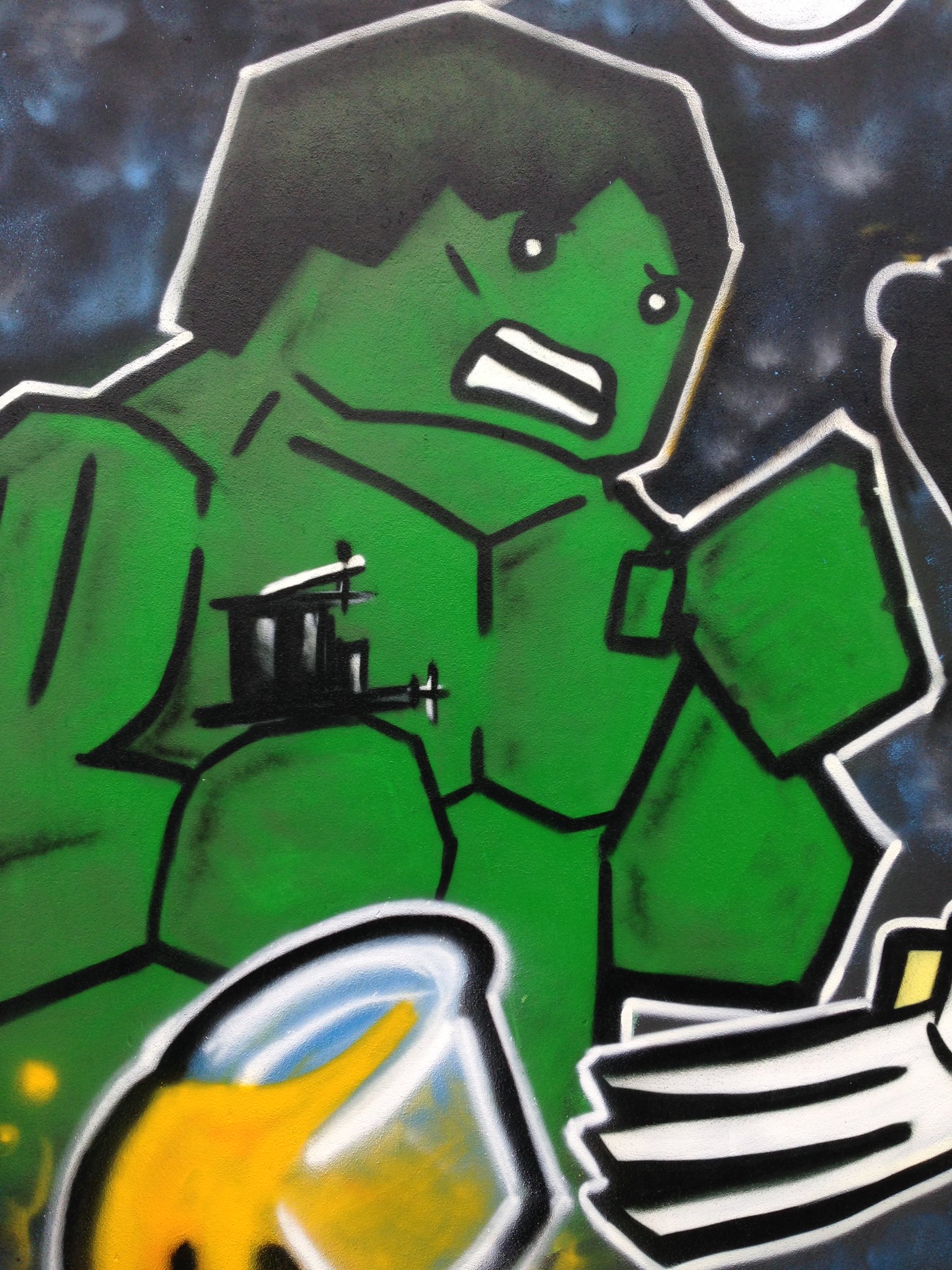 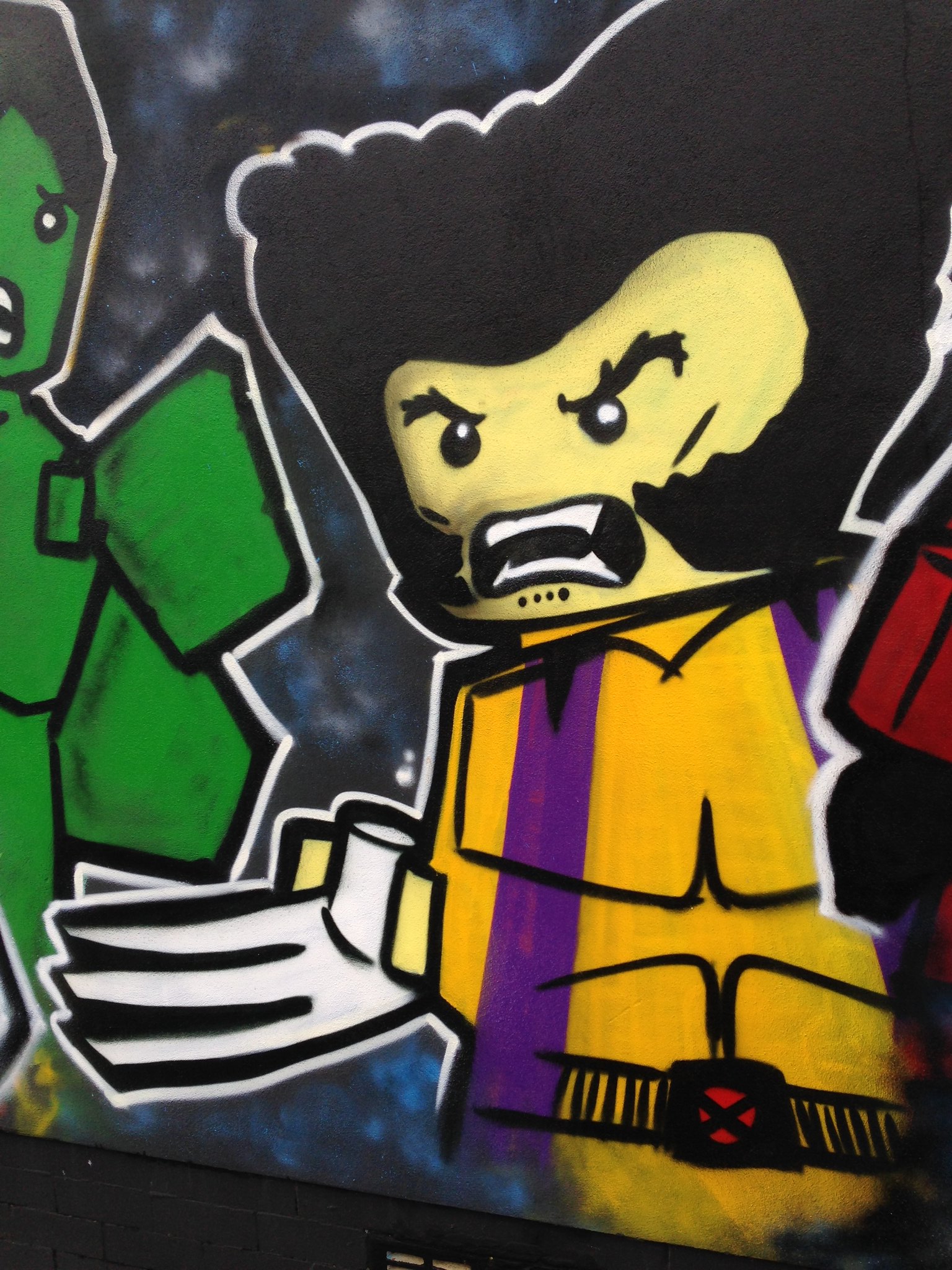 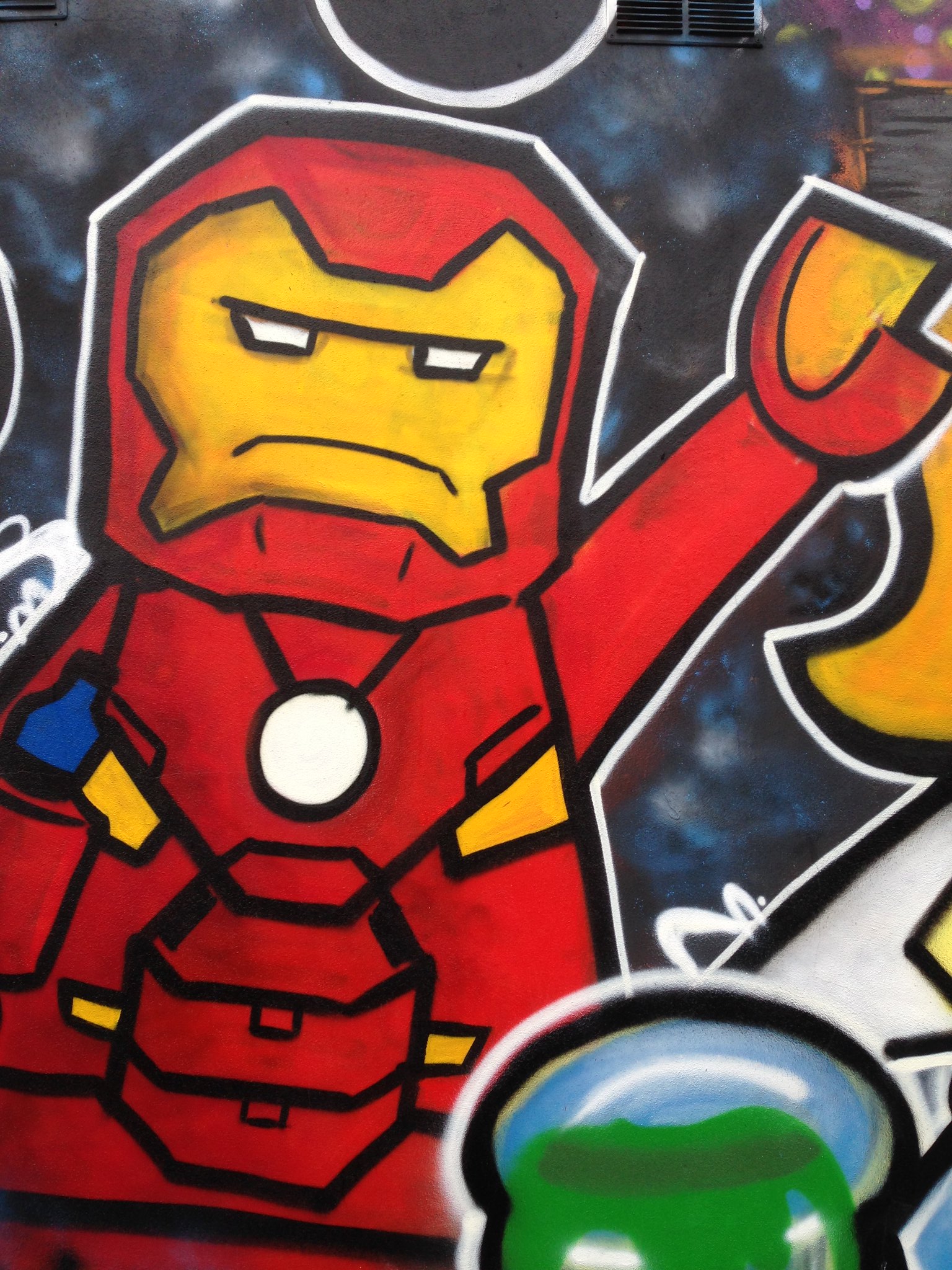 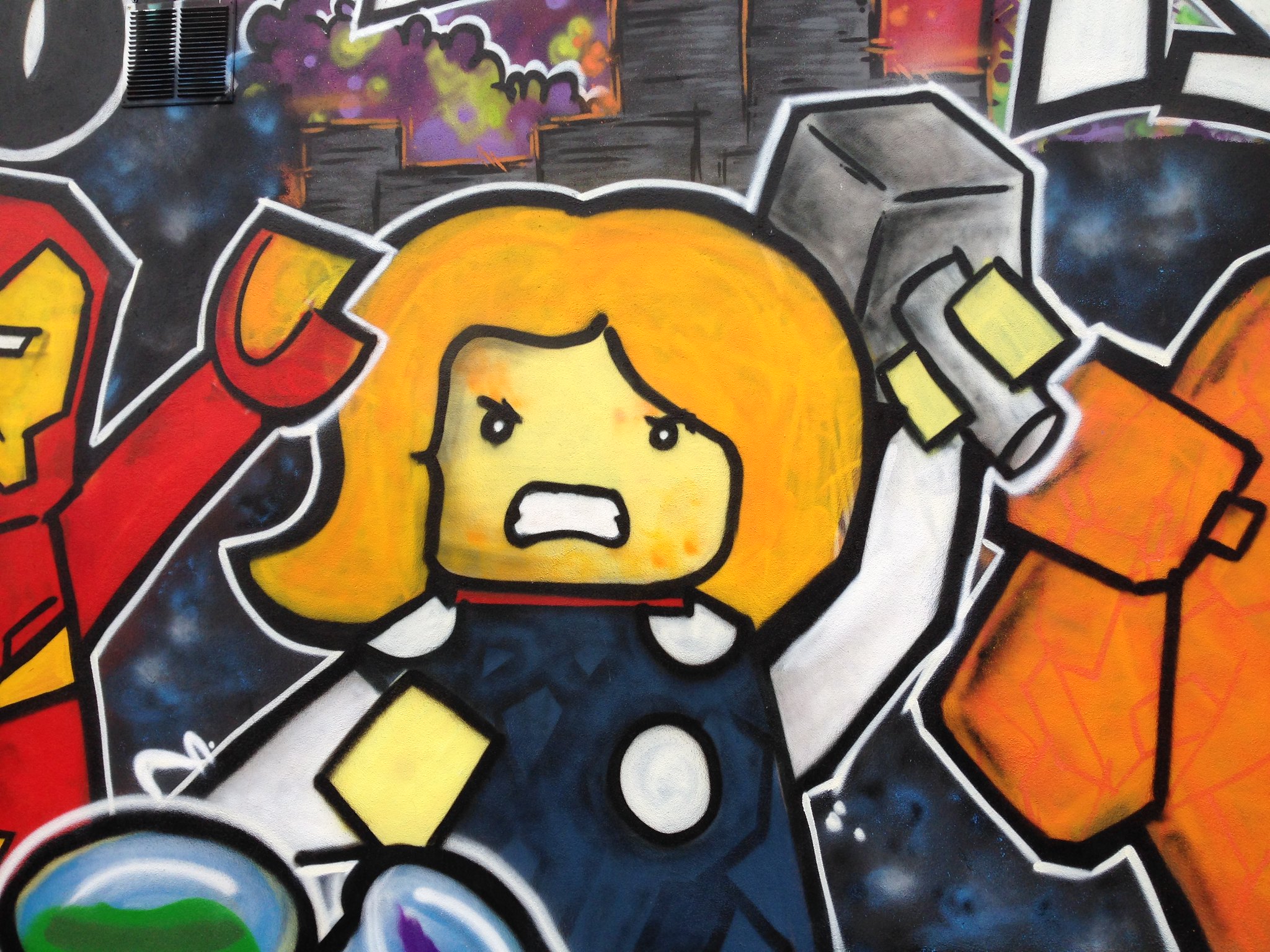 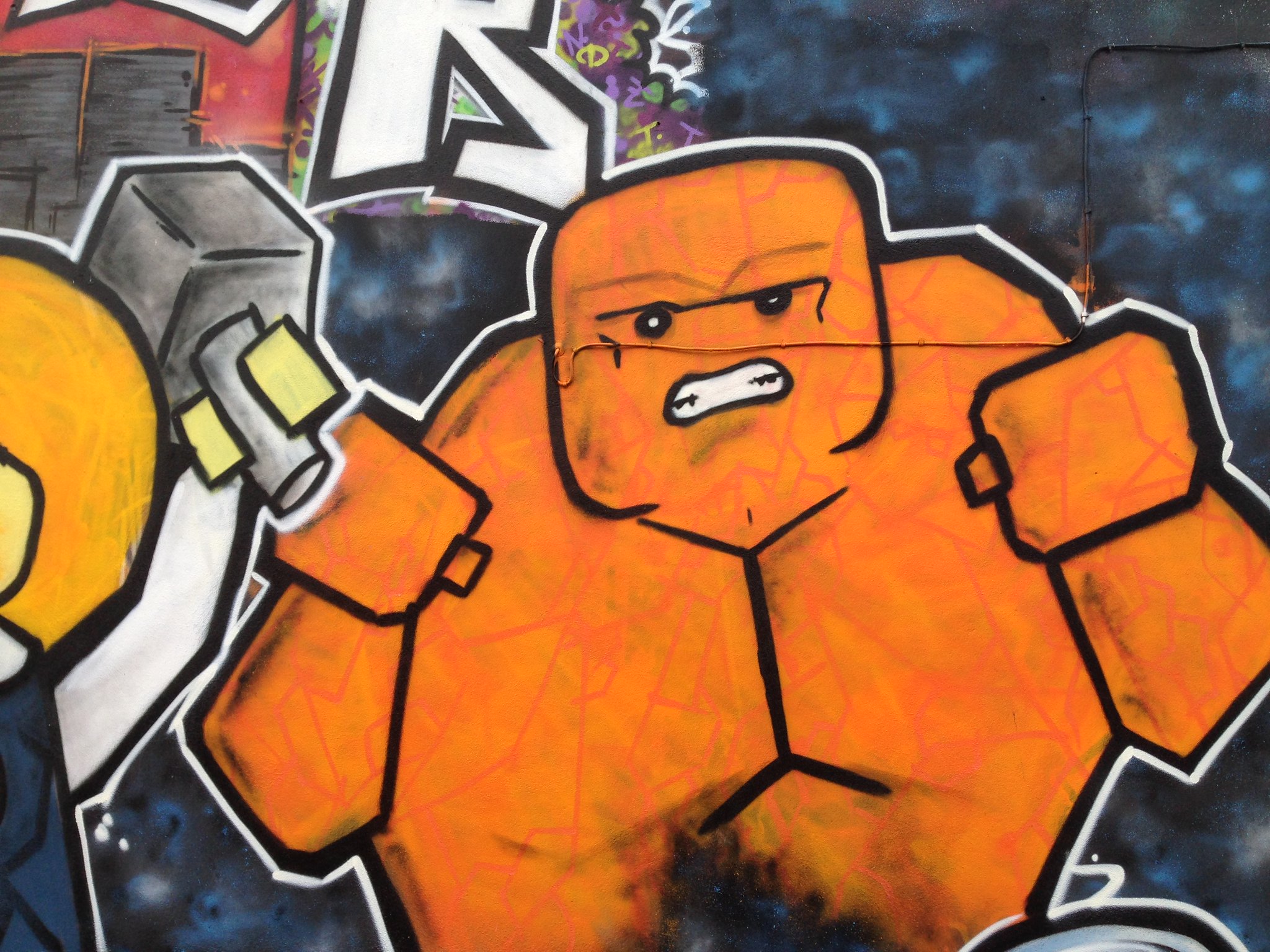 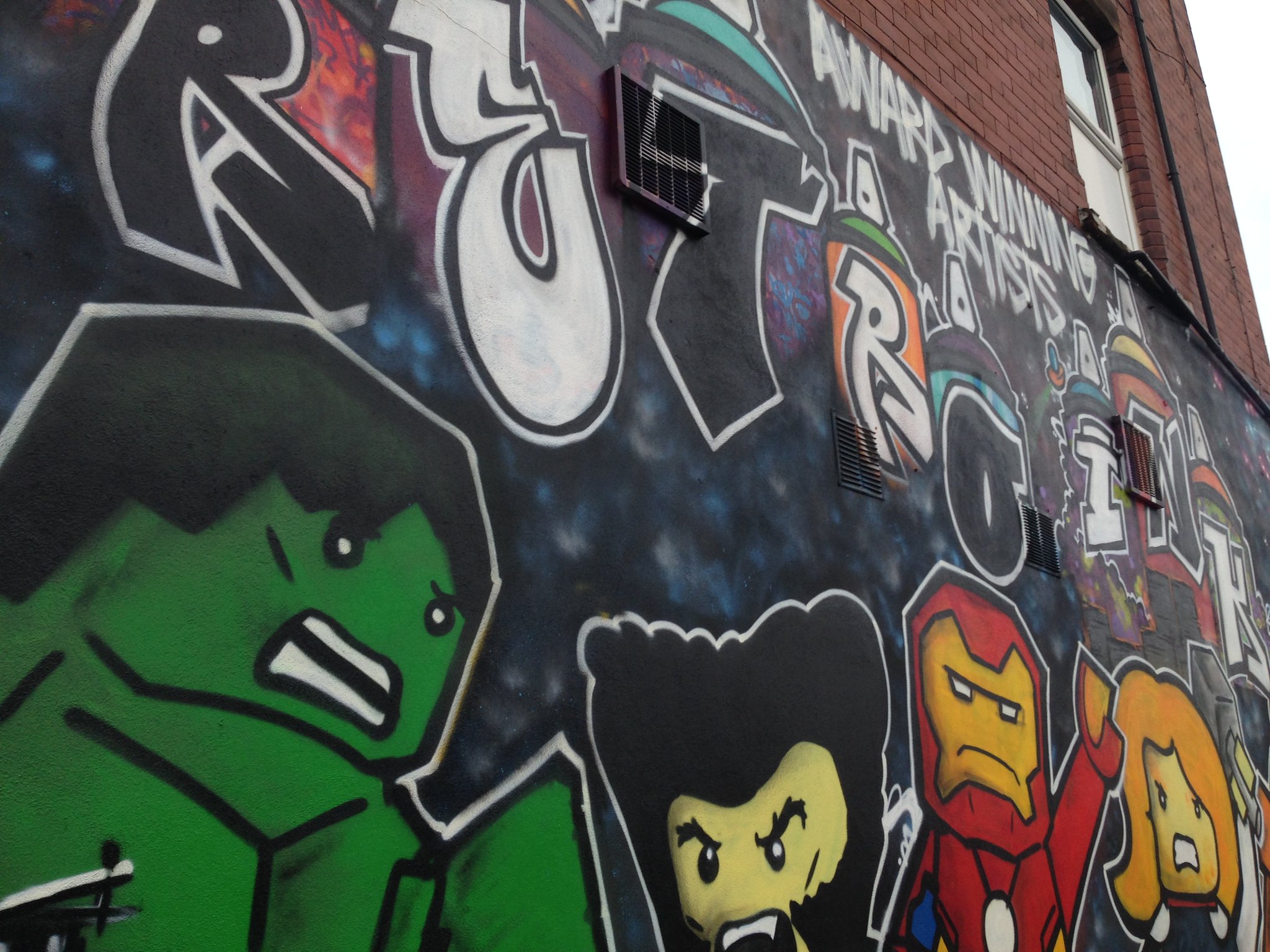 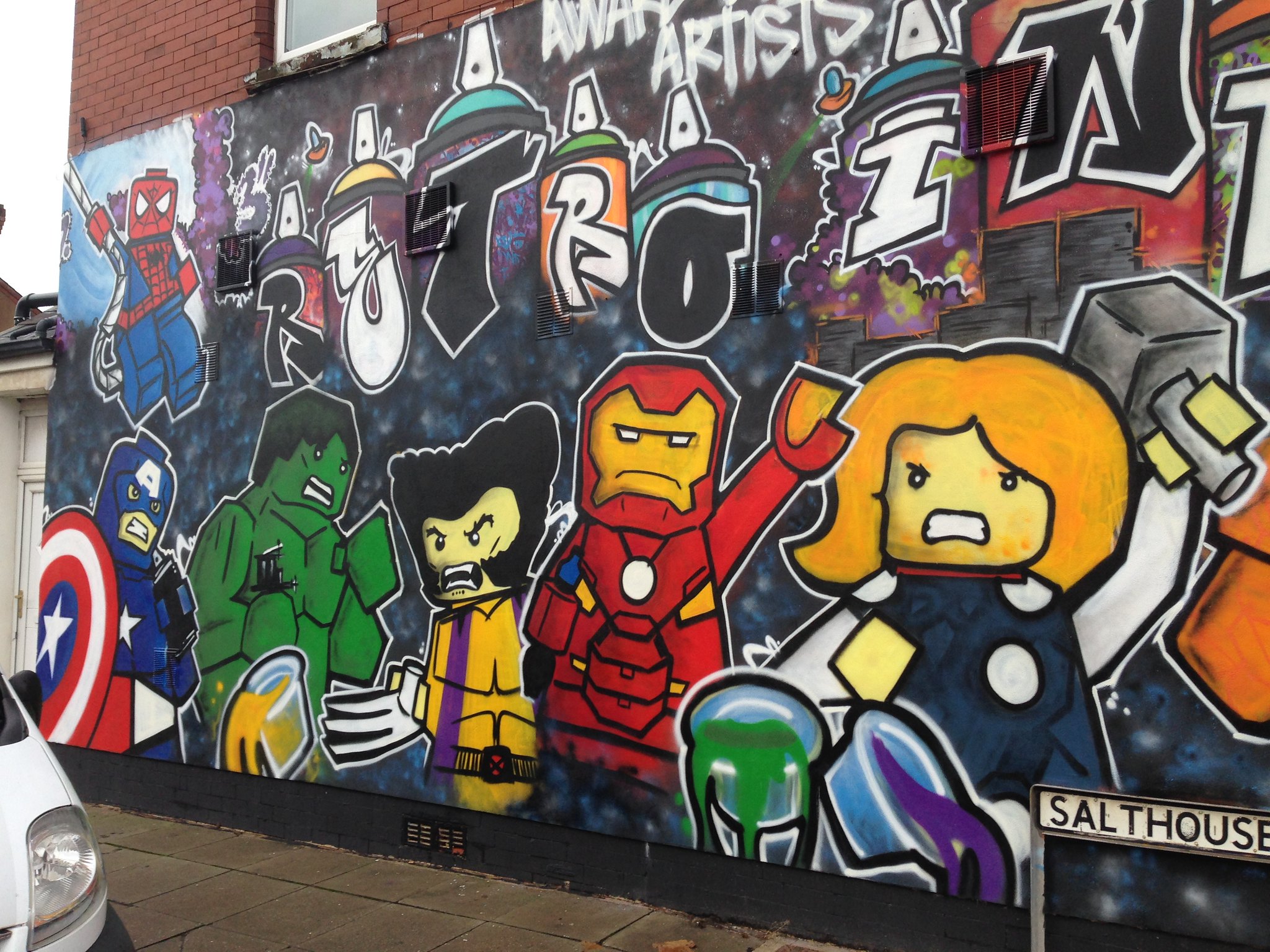 Paris based artist COMBO aka ‘COMBO Culture Kidnapping’ focuses on hijacking spaces with comic book, video game and pop culture art mixed with real life imagery and environments. The results end up on public view on the streets of Paris, in varying scales from side walls to huge building sides.

With the subject matter covering the likes of Star Wars, Batman and Street Fighter all COMBO’s work is recognisably attention grabbing yet also becomes part of the commonplace environment in which it is situated. 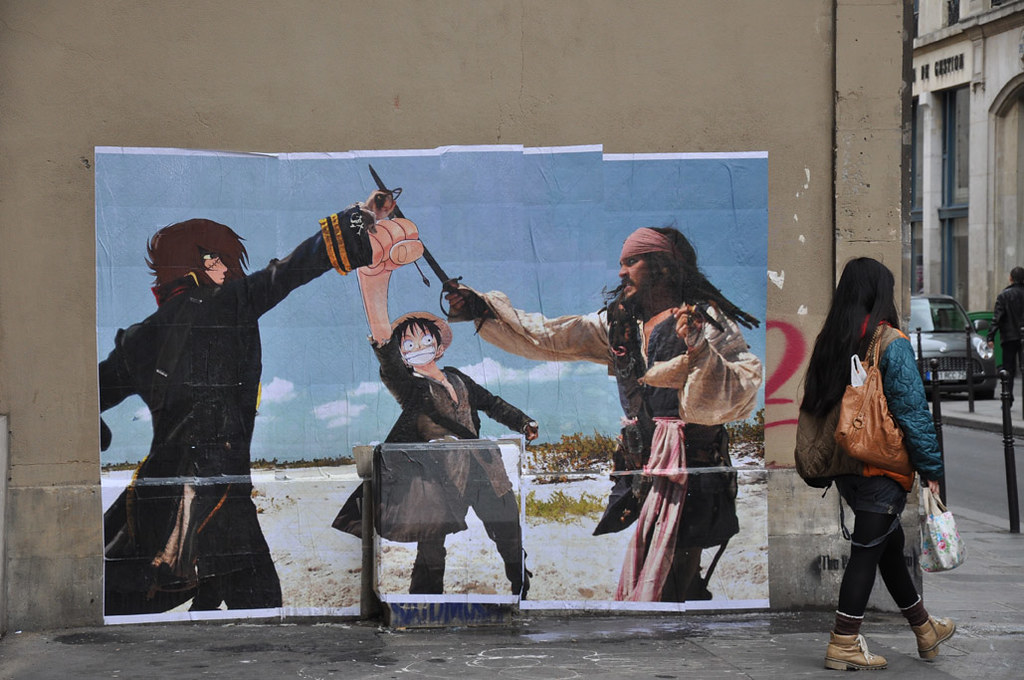 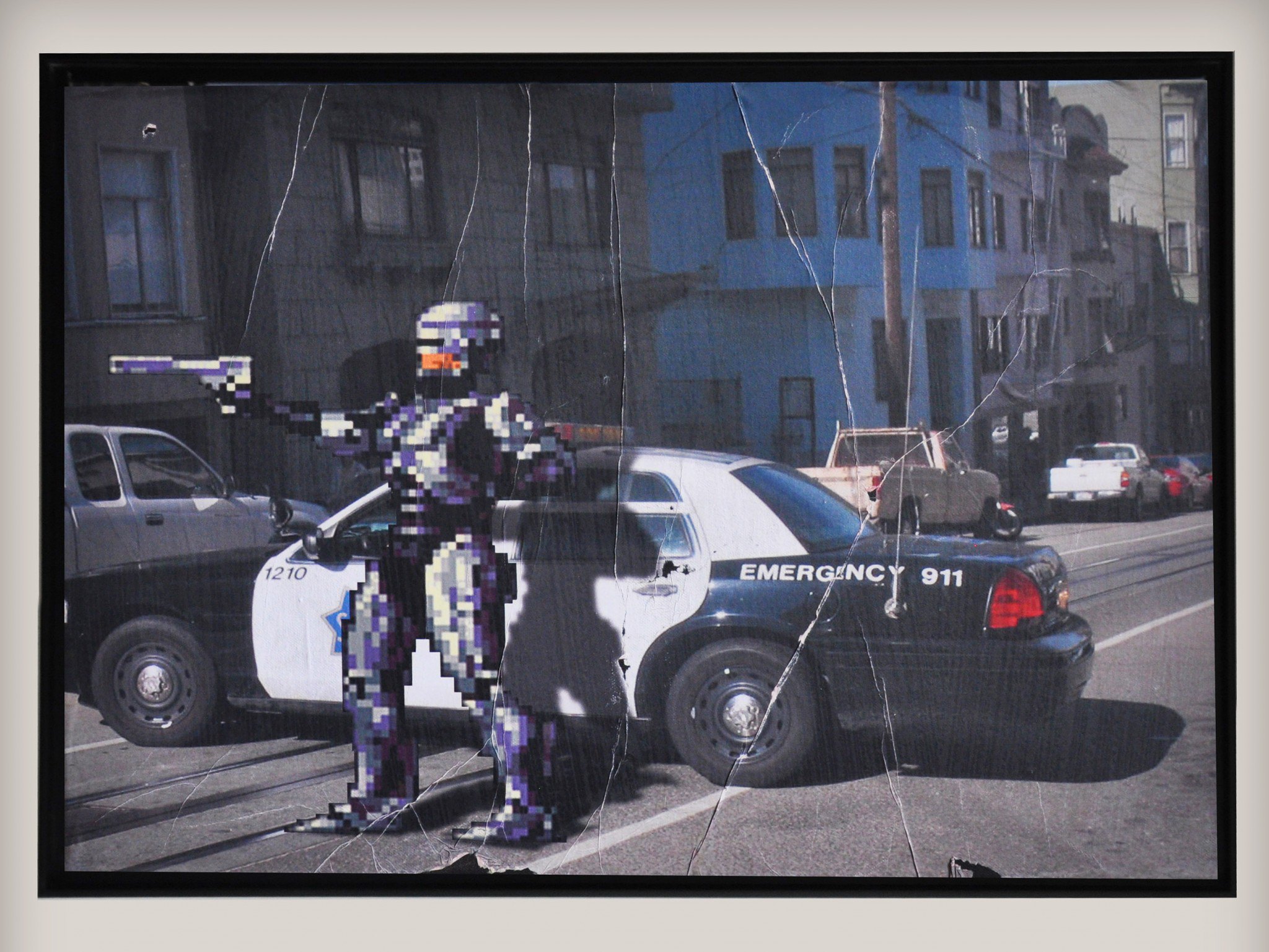 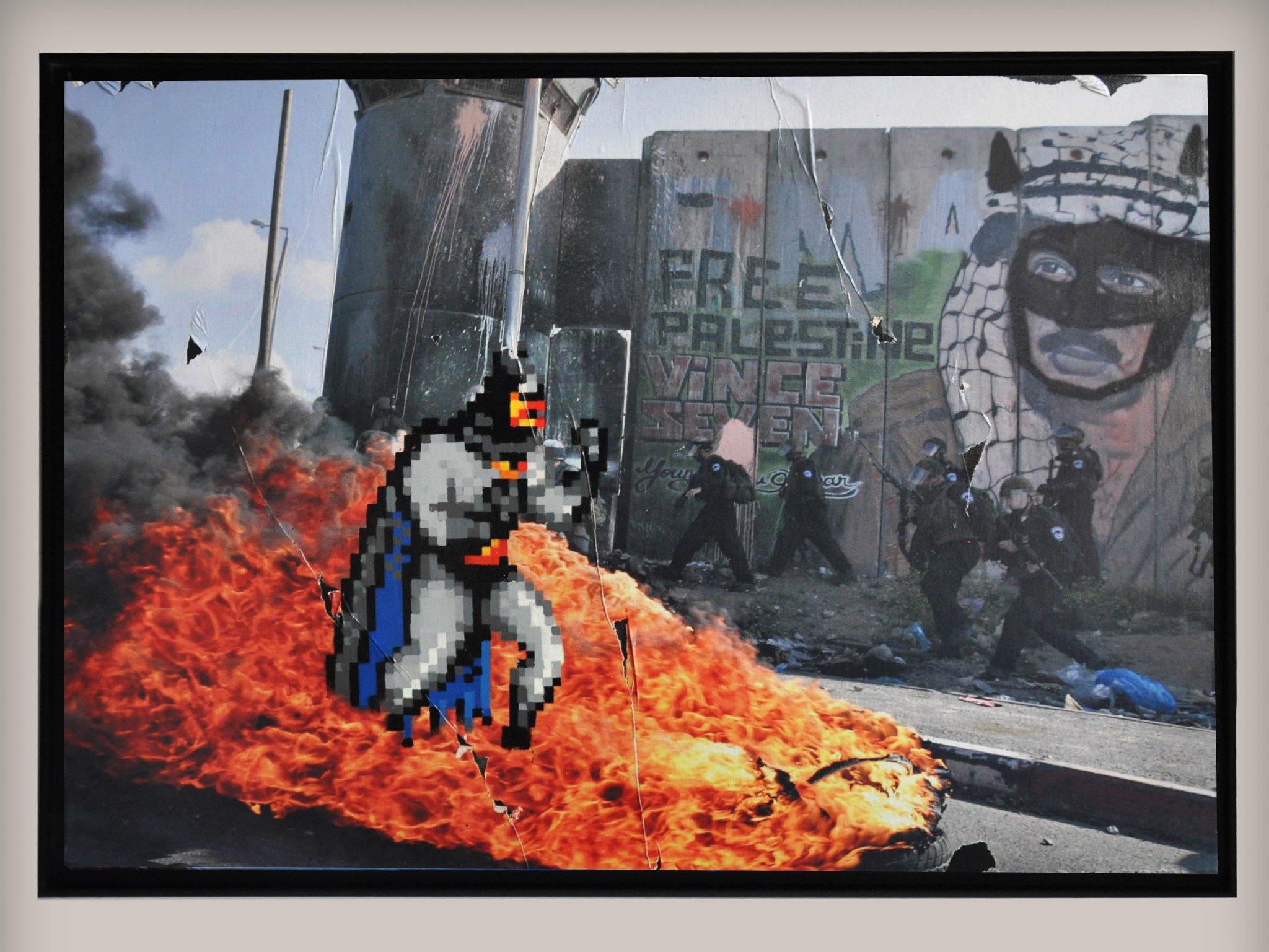 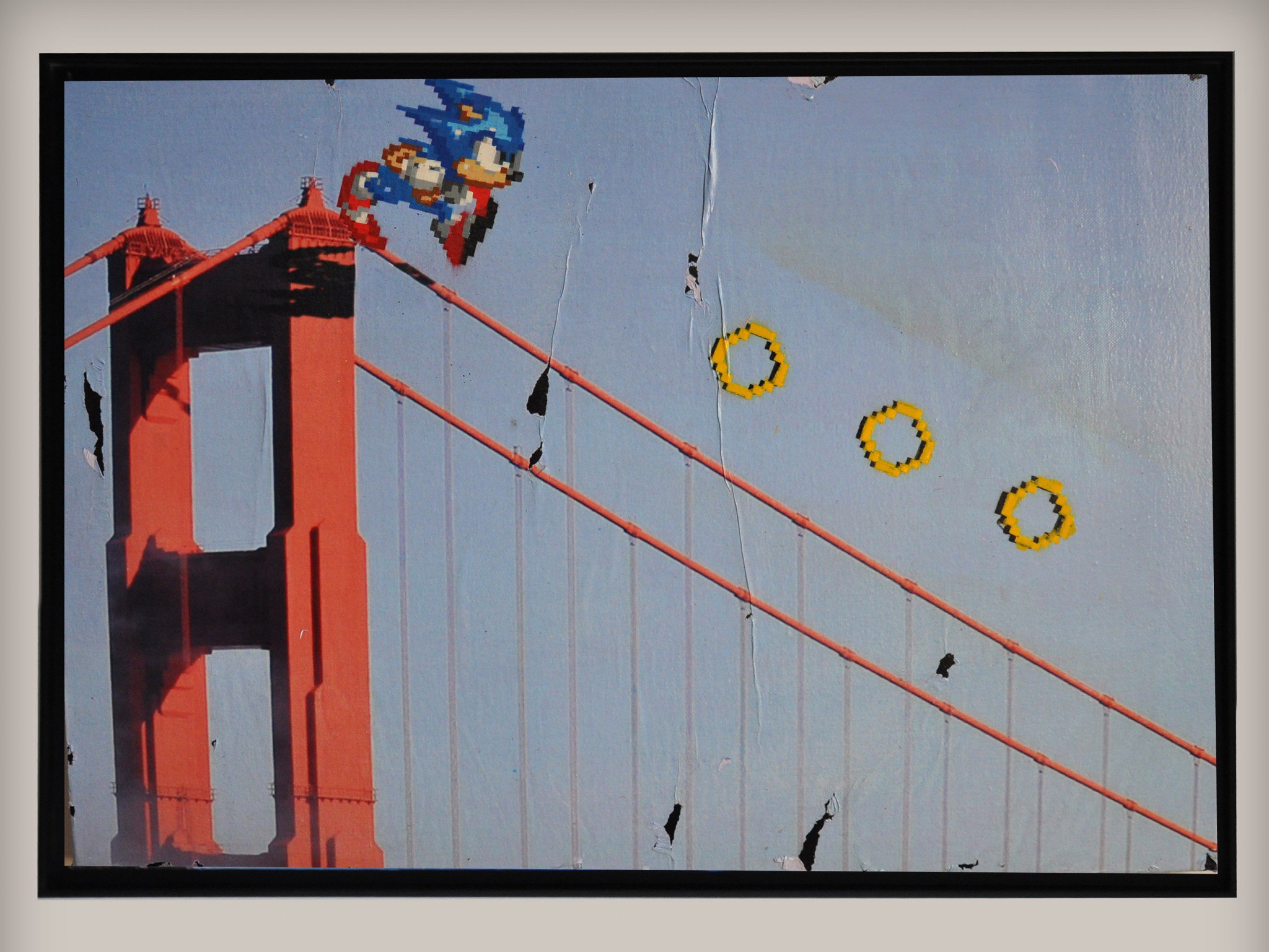 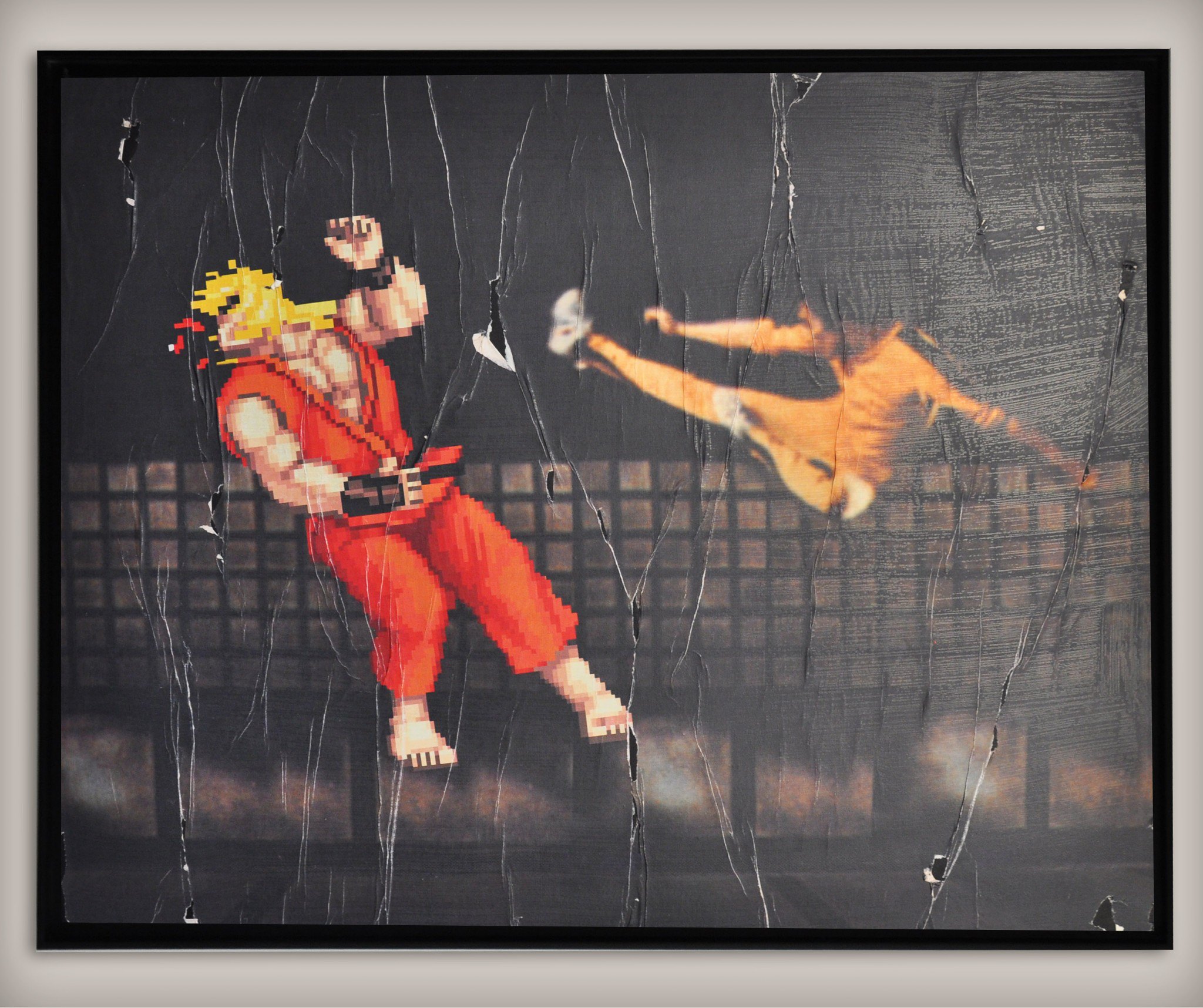 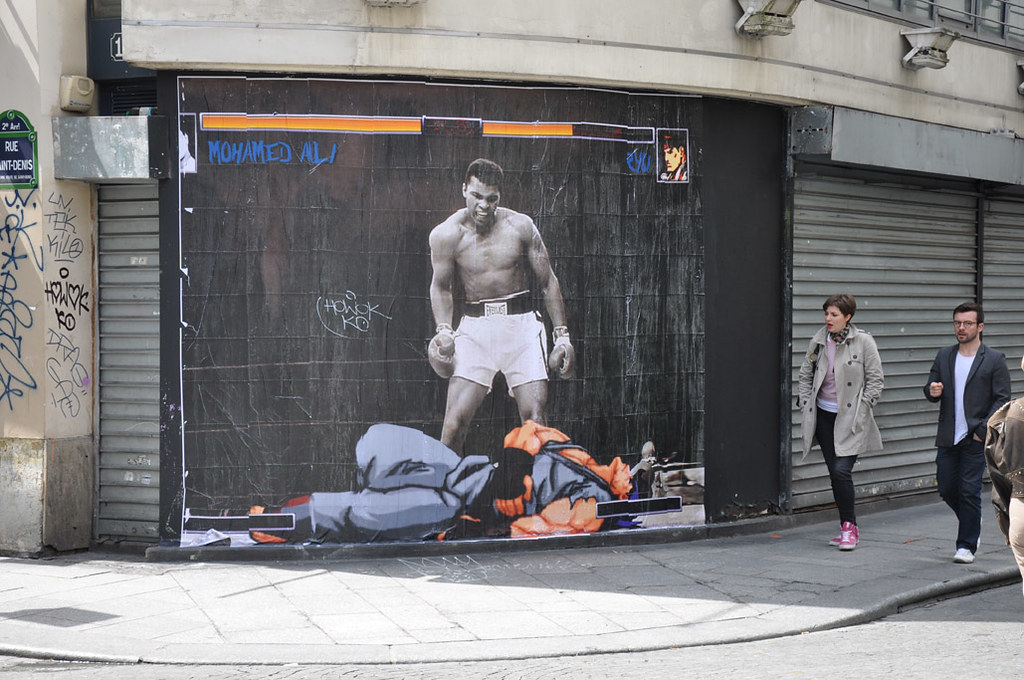 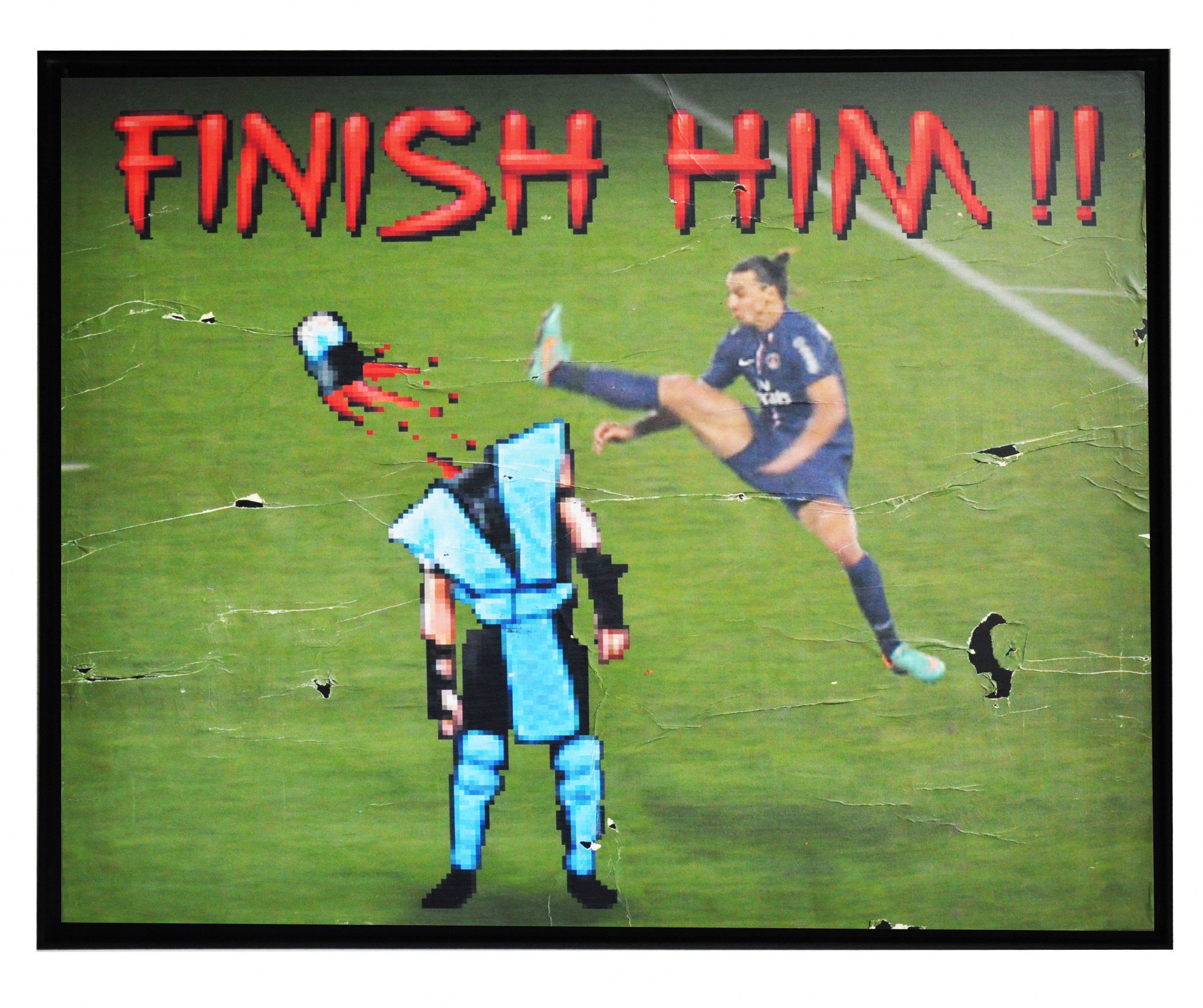 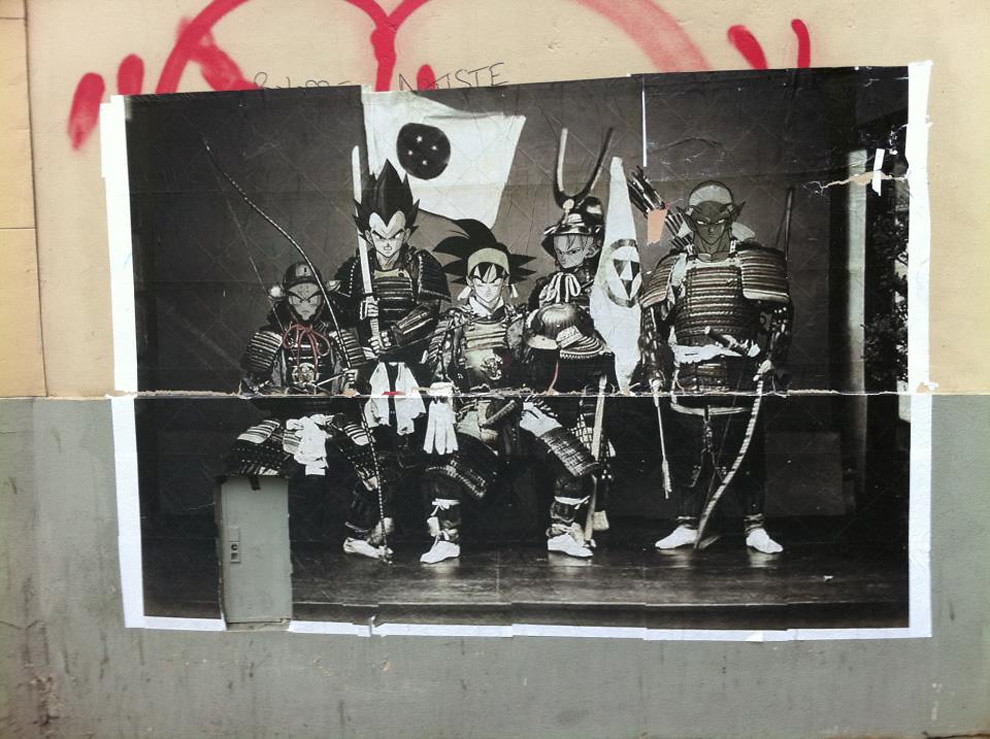 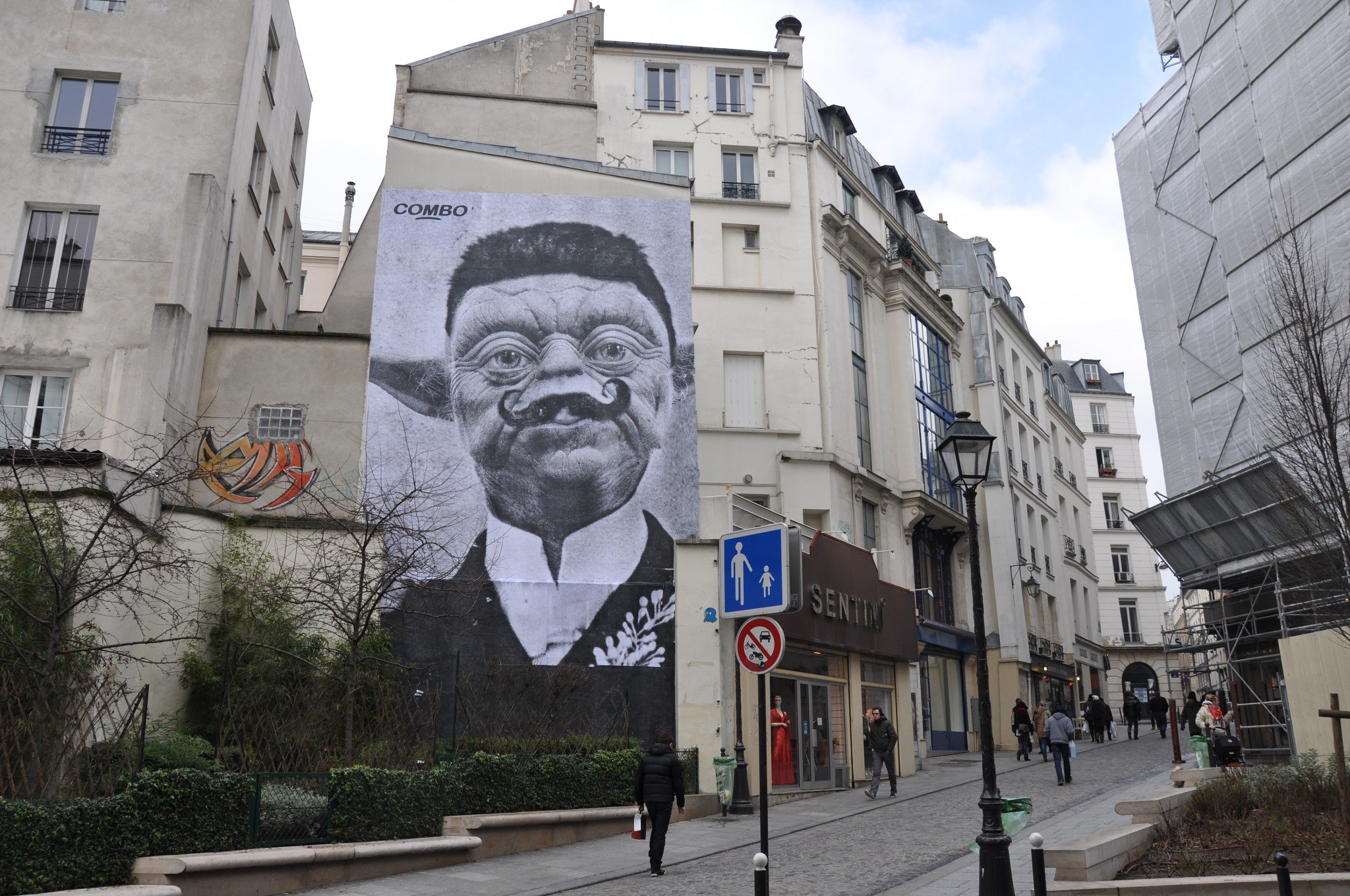 Dutch artist Leon Keer (@leonkeer) plays with distortion and perspective to create anamorphic street art — pictures that are drawn on pavement and floors that give the illusion they are three-dimensional, but only when viewed from a certain angle. “The concept behind my artworks is often presented as a playful, recognizable image placed in another context,” Leon explains. “I try to take you, as a spectator, away from everyday life. In that way, you are able to look differently at the street and the city you are living in.”

Leon says he is constantly working on improving his techniques — from figuring out the right distortion and alignment to bettering his use of shadows and highlights. He says he does feel vulnerable showing his abilities out in the open, but says creating something live is also what he enjoys the most. “The tension of working on the streets got me hooked,” he says. “Despite what the viewers tell you, you have to stay focused and criticize all your efforts. This challenge works as a kind of adrenaline for me.”

I BELIEVE THE CHILDREN ARE OUR FUTURE
-W. Houston

Visual artist and designer Baschz has created MFMarker (MyFirstMarker). It is entirely made out of chalk and shaped like a big fat marker. It therefore safely introduces creative children to street art without the risk of a good telling off from the local authorities.

The label and lettering on the marker are an embossed relief within the shape of the marker itself, so everything is made from one big piece of chalk.

The original all white MFMarker stands 12 cm high, is 3 cm wide and comes in a blackboard tube with a mimeograph info leaflet and stickers.

Baschz Leeft is a visual artist and designer from Rotterdam, with a profound love for (infiltrating) mass and sub cultures. His works balance on the threshold between artwork and product, often injected with a conceptual sense of humour.