Toy collector, customiser and all round master tinkerer Tom Ace picked up a vintage arcade machine about a month ago, with 620 games built in. “The guy told me it was called a Multicade, so naturally I had to put a Masters of the Universe twist on it, and I turned it into Multicade of the Universe!”

Tom designed, printed and installed all of the graphics, replaced the T-trim, changed out the buttons and joysticks, replaced the clear plastic over the control panel, tinted the glass and added an LCD monitor. The entire cabinet is smothered in retro Masters of the Universe imagery originally used to promote the hugely successful Mattel He-Man and the Masters of the Universe toy line and the animated television series produced by Filmation. 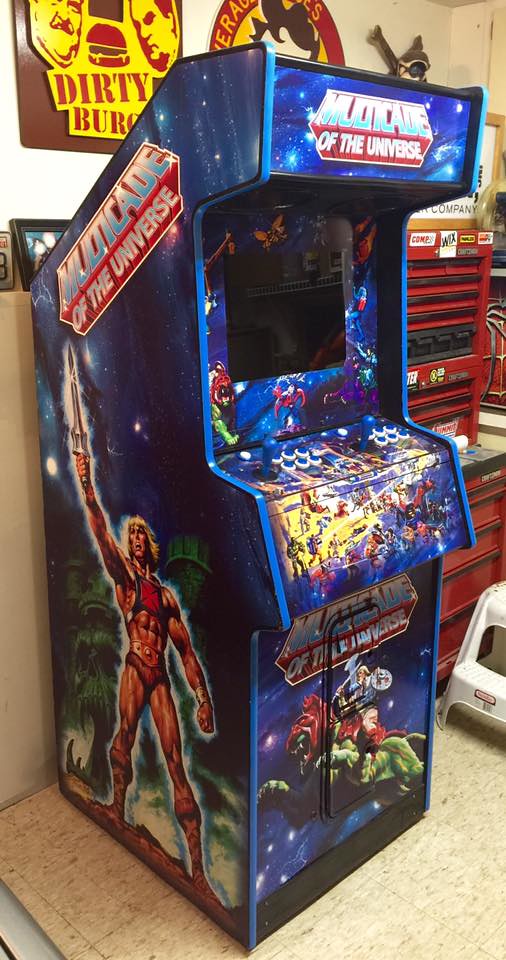 “[It’s] been a fun project and the games are a ton of fun to play!”

Tom is indeed the Master of the Universe when it comes to creating something that toy collectors, arcade enthusiasts and 1980s kids would love to get their hands on. Some might even be prepared to trade their precious Wonder Bread He-Man and Laser Light Skeletor for such an awesome looking arcade cabinet. 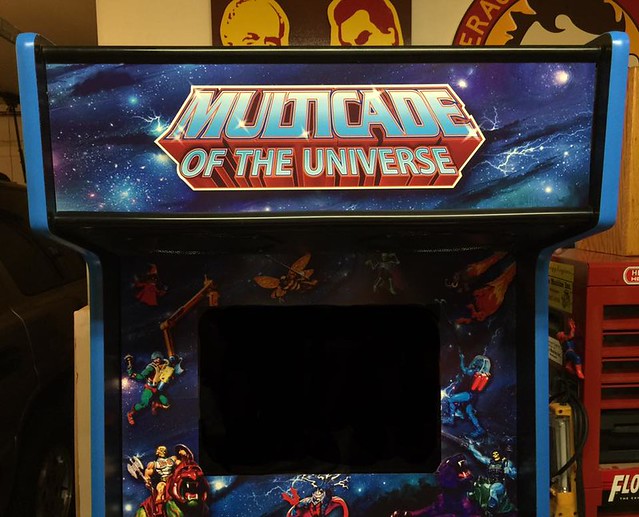 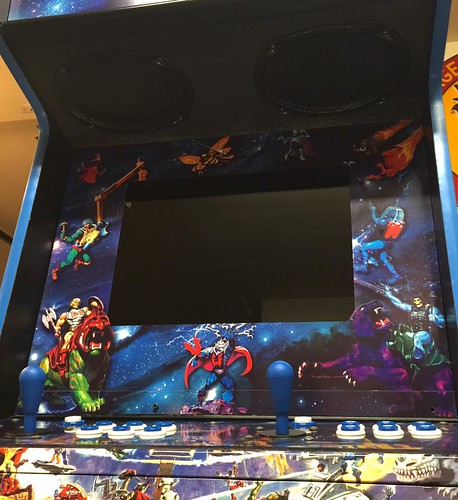 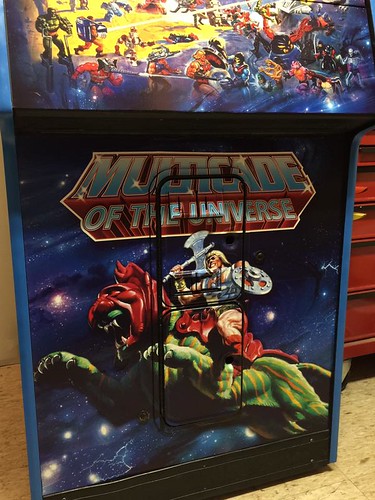 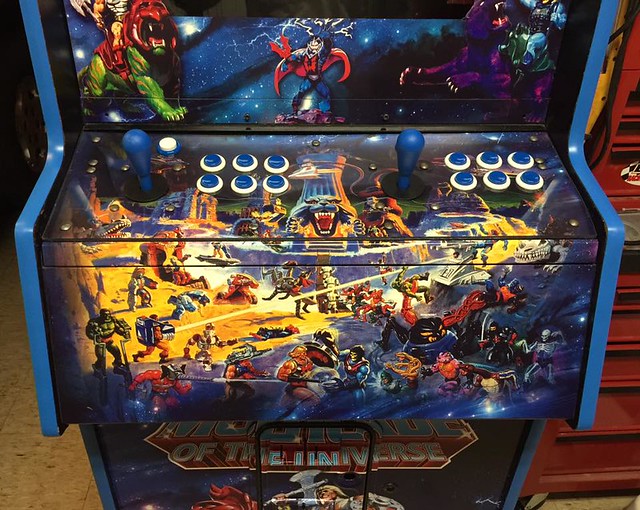