The January 2017 80s League crossover blog and podcast event is all about 1980s innovations, things that came on leaps and bounds and gave us something fresh and new or mind blowingly amazing. I could have picked toys, games, gadgets, fashion or movie special effects but I’m focusing on the technological innovations that had a direct impact on my life in the early to mid 1980s.

Feel free to visit, read, listen, share and join the conversation by using the #80sInnovations hash tag on Twitter. 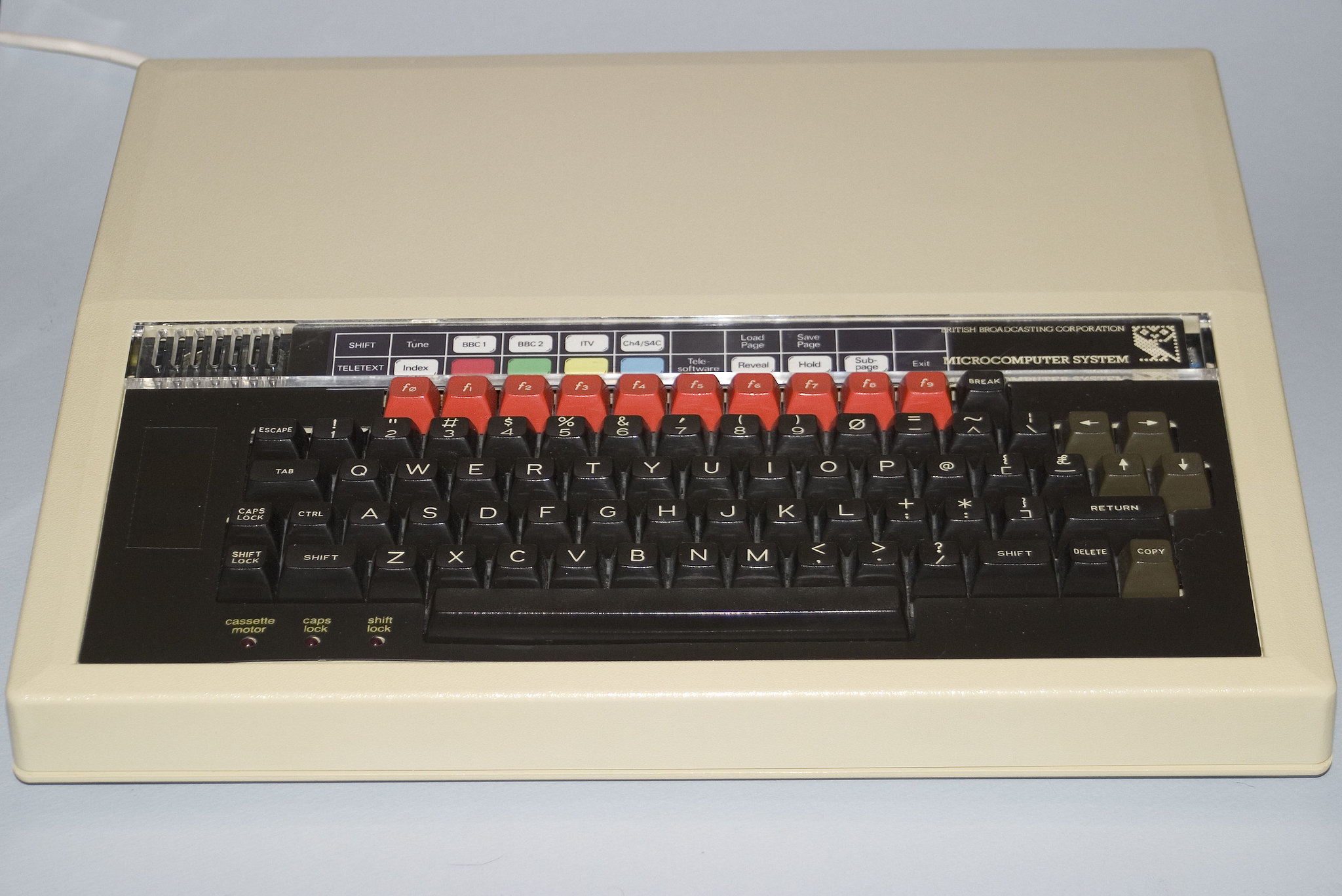 The BBC Microcomputer System, or BBC Micro, is a series of microcomputers and associated peripherals designed and built by the Acorn Computer company for the BBC Computer Literacy Project, operated by the British Broadcasting Corporation. Designed with an emphasis on education, it was notable for its ruggedness, expandability, and the quality of its operating system. For these reasons the BBC Micro was adopted by most schools in the United Kingdom. 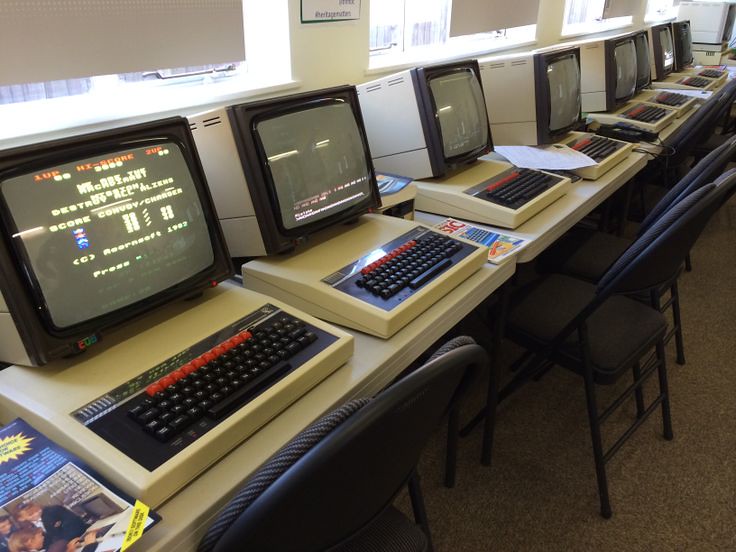 The above recreated scene represents a typical IT classroom in the early 80s, although we had less computers and hard plastic bucket chairs. Lessons involved learning the BASIC programming language and occasionally we were allowed to play Chuckie Egg. The BBC Micro was not a hugely popular home computer due to its cost but this is where my love affair with computers really began. Today children learn how to use computer applications, in the 80s we were learning how to write the software. 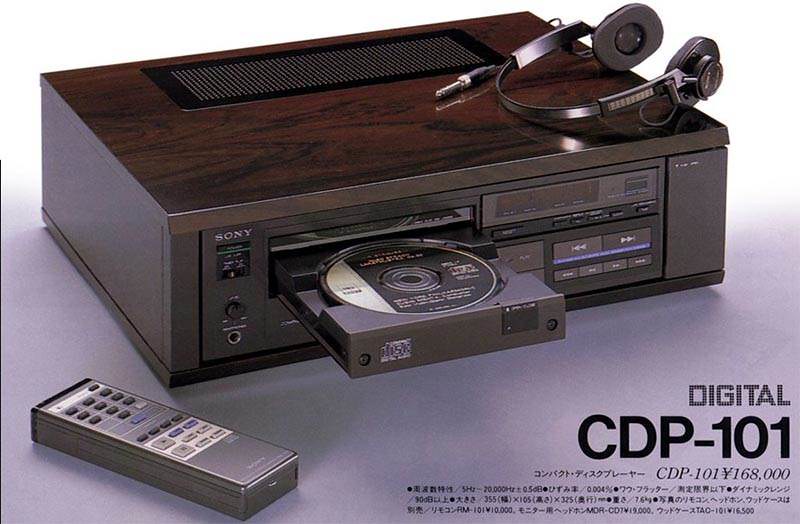 The Compact Disc is a digital optical disc data storage format released in 1982 and co-developed by Philips and Sony. The format was originally developed to store and play only sound recordings but was later adapted for storage of data.

The Sony CDP-101 is the world’s first commercially released compact disc player. The system was launched in Japan on October 1, 1982. Sony’s partner in development, Philips CD100 launched their model in November 1982 and the system was launched worldwide in March 1983. Despite costing up to $1000, over 400,000 CD players were sold in the United States between 1983 and 1984.

As an avid follower of music in the 1980s I had a large record and cassette collection. It took me a while to wrap my head around the new format, they were expensive but sturdy, portable and easy to store. My second music system had a built in CD player and until downloads became the in thing I accumulated an extensive and varied music collection on compact disc. 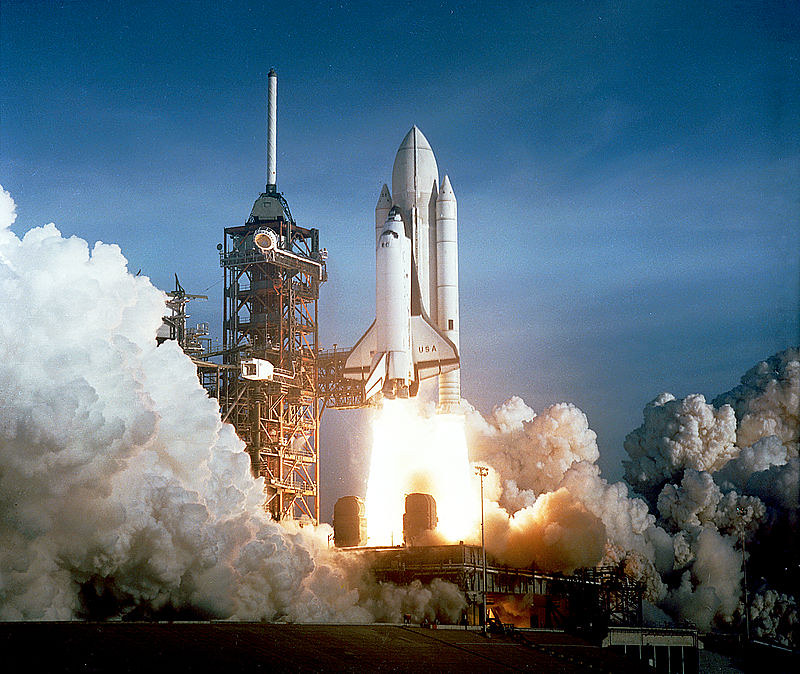 Space Shuttle Columbia was the first space-rated orbiter in NASA’s Space Shuttle fleet. Columbia launched on 12 April 1981 and returned on 14 April, 54.5 hours later, having orbited the Earth 37 times. Columbia carried a crew of two – mission commander John W. Young and pilot Robert L. Crippen. It was the first American manned space flight since the Apollo-Soyuz Test Project in 1975. The launch occurred on the 20th anniversary of the first-ever human spaceflight. 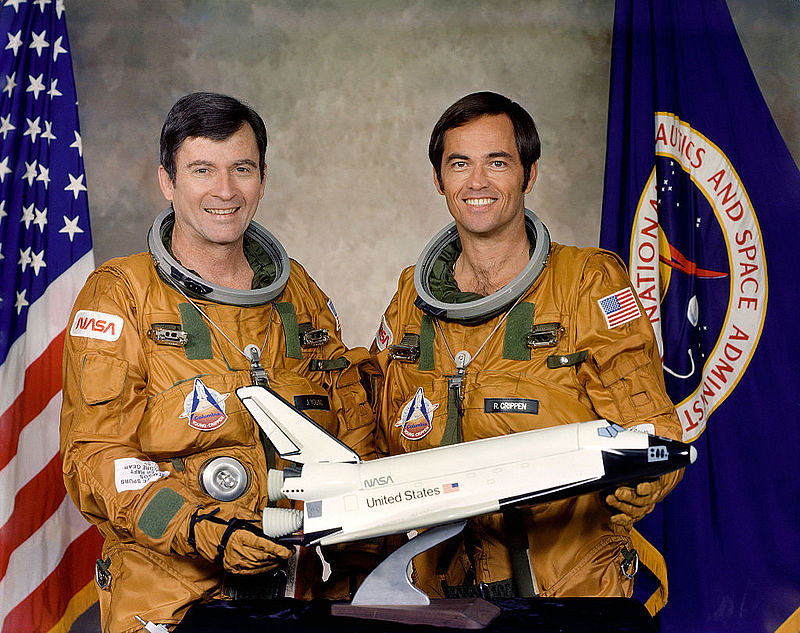 I’m no rocket scientist so I’ll leave the technical mumbo-jumbo out of this but as a ten year old the excitement for the launch was immense. The build-up was featured on news and science programmes here in the UK and the launch was broadcast live on Tomorrow’s World. The Space Shuttle is an awe inspiring feat of science, technology and engineering and certainly ranks as my top 1980s innovation. 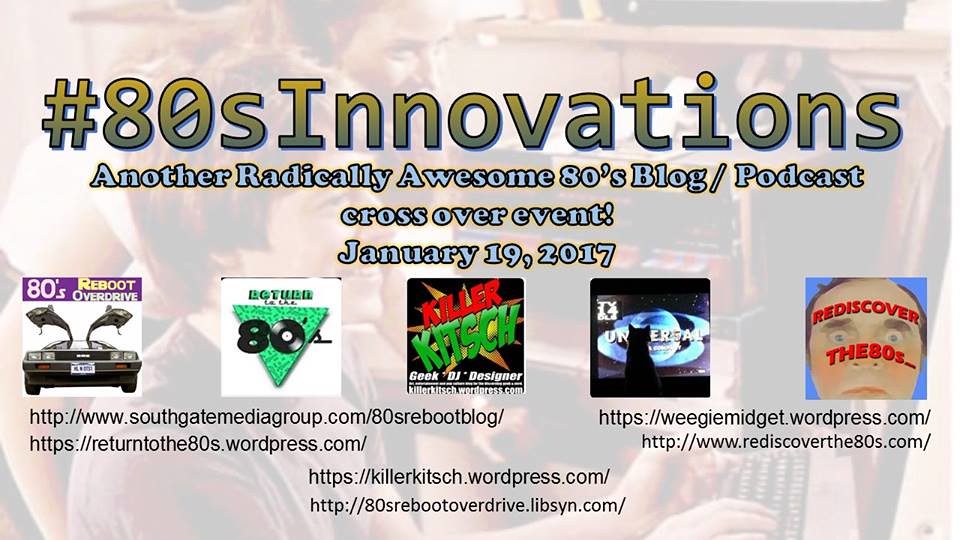