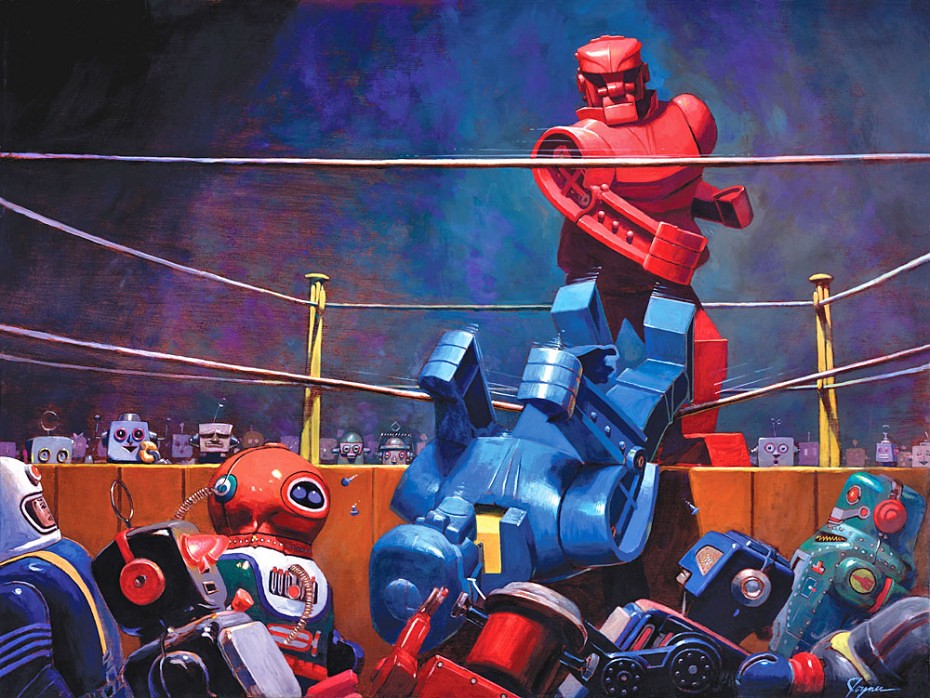 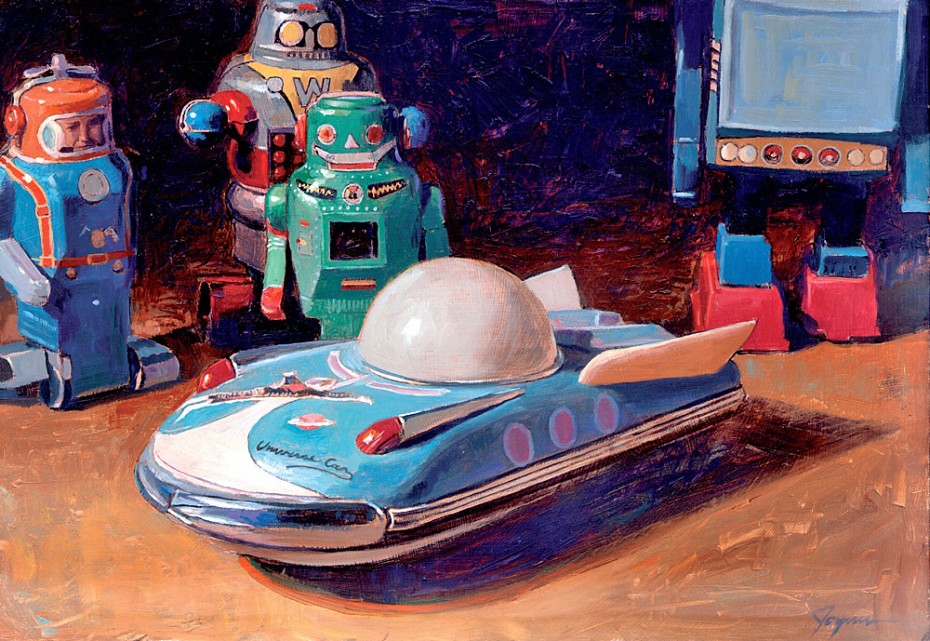 You can check out more of Eric Joyner’s work via his website and please don’t forget to like Killer Kitsch on Facebook and follow me on Twitter @killer_kitsch for the latest geeky updates on current and retro movies, television, toys, games, art, anime and pop culture! 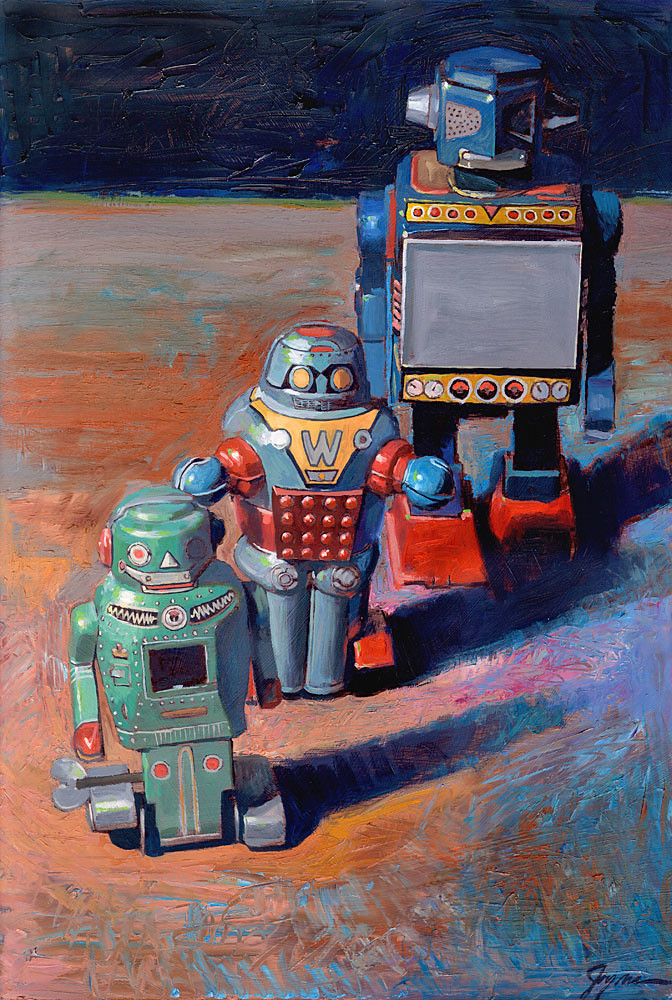 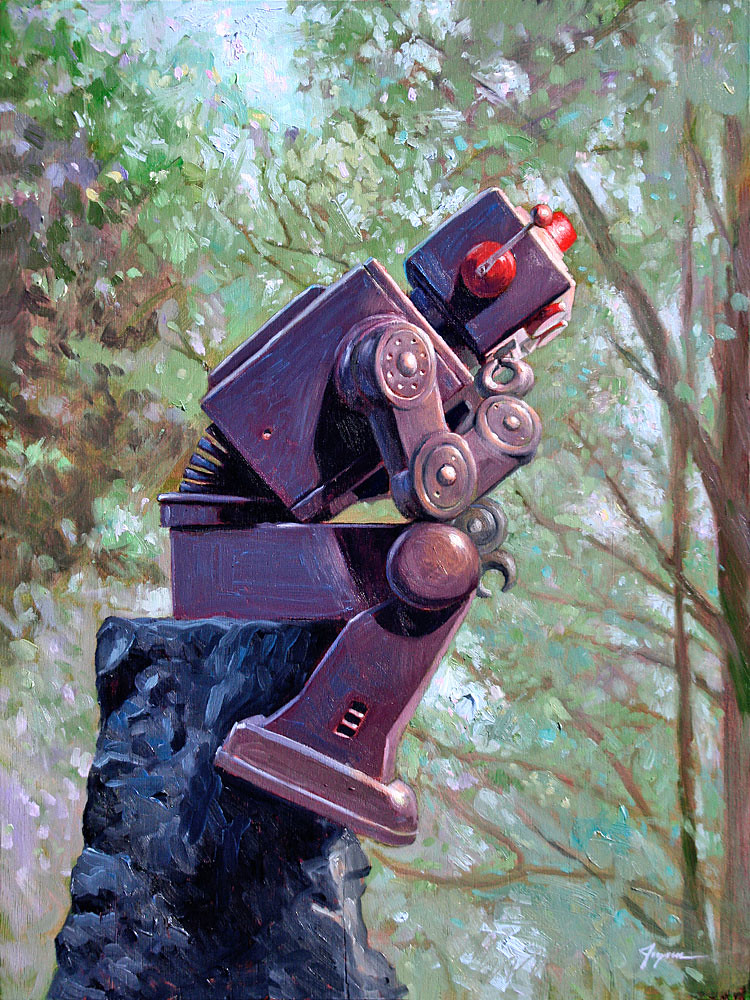 “I was born in San Mateo, a suburb of San Francisco. My childhood was fairly uneventful, doing the usual things most kids did, reading comics (mostly Mad, Creepy, Eerie and newspaper comic strips), playing sports, and going to school, as well as drawing and painting.”

“In 2000, after years of painting other people’s pictures, I made the decision to only paint things that I liked. Four series of paintings of different subjects were started; they were: San Francisco urbanscapes, paintings of old newspaper cartoons characters, Mexican masks, and last but not least, Japanese tin (toy) robots.” 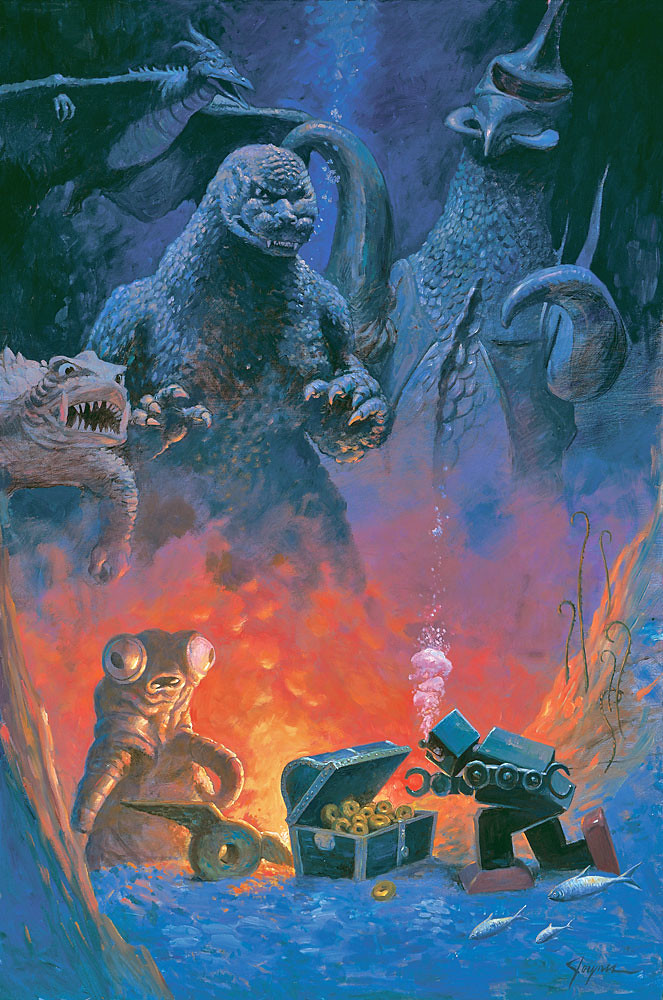 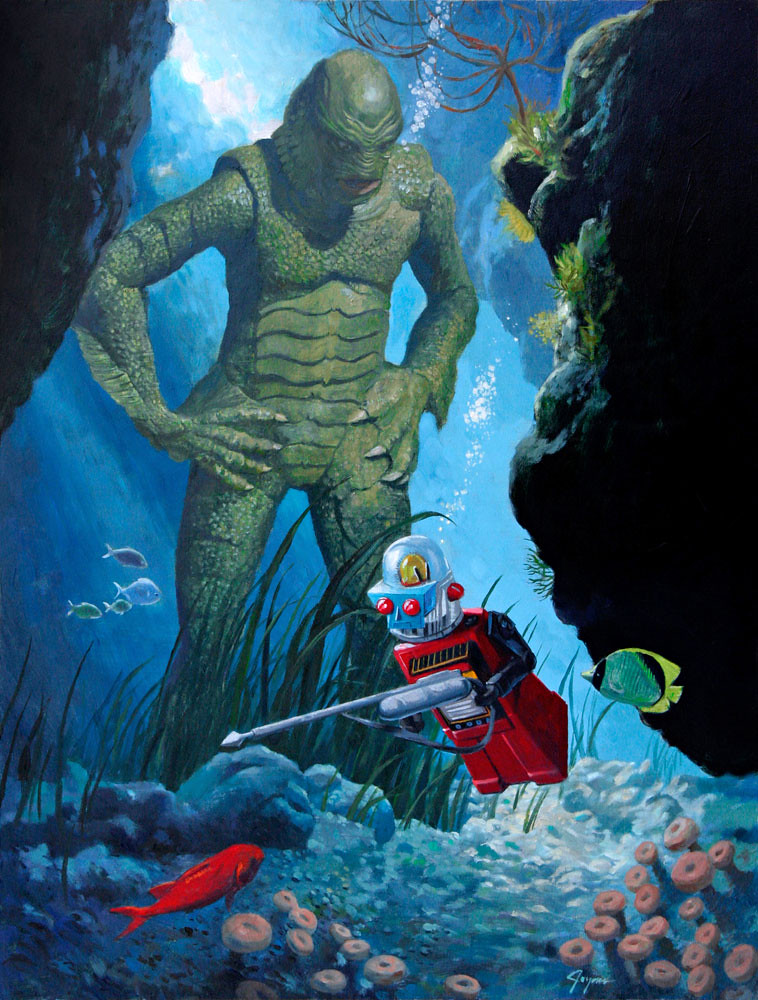 “Armed with a small collection of tin robots and spaceships I began painting them in earnest. In attempt to bring them to life without loosing their charm, I showed them where they belonged: outer space. By 2002 the paintings were looking good, but they still needed something to play off of… perhaps a nemesis.” 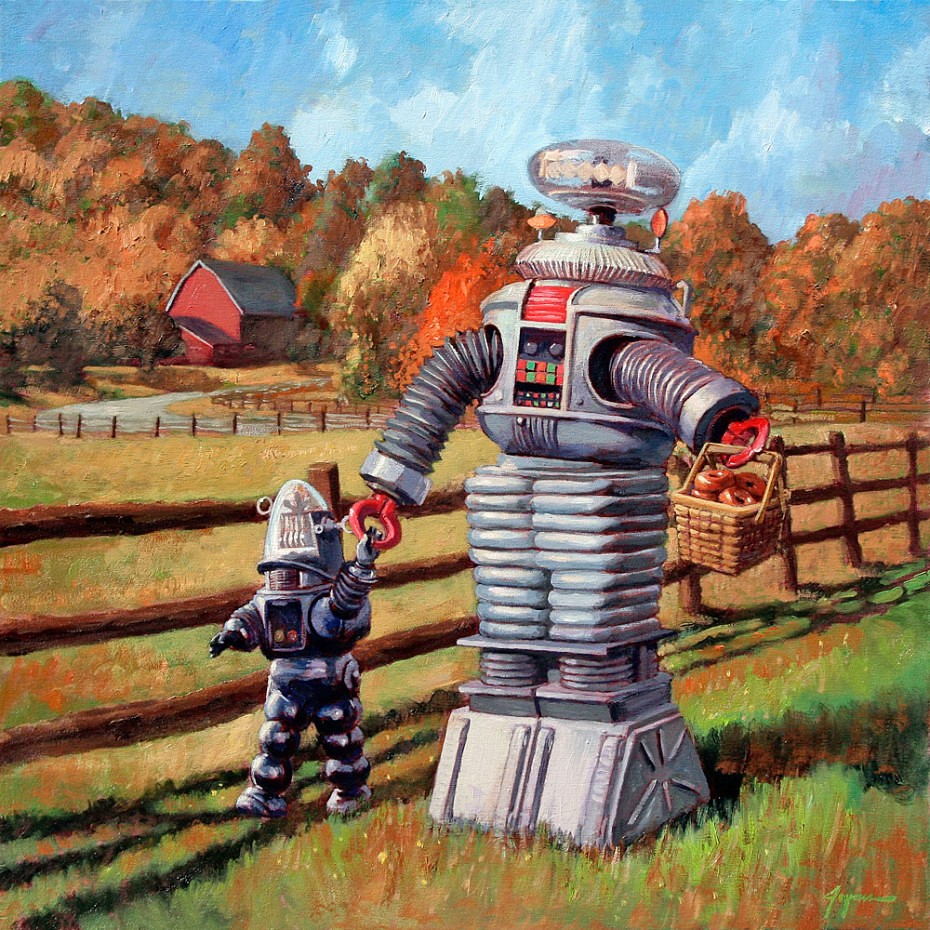 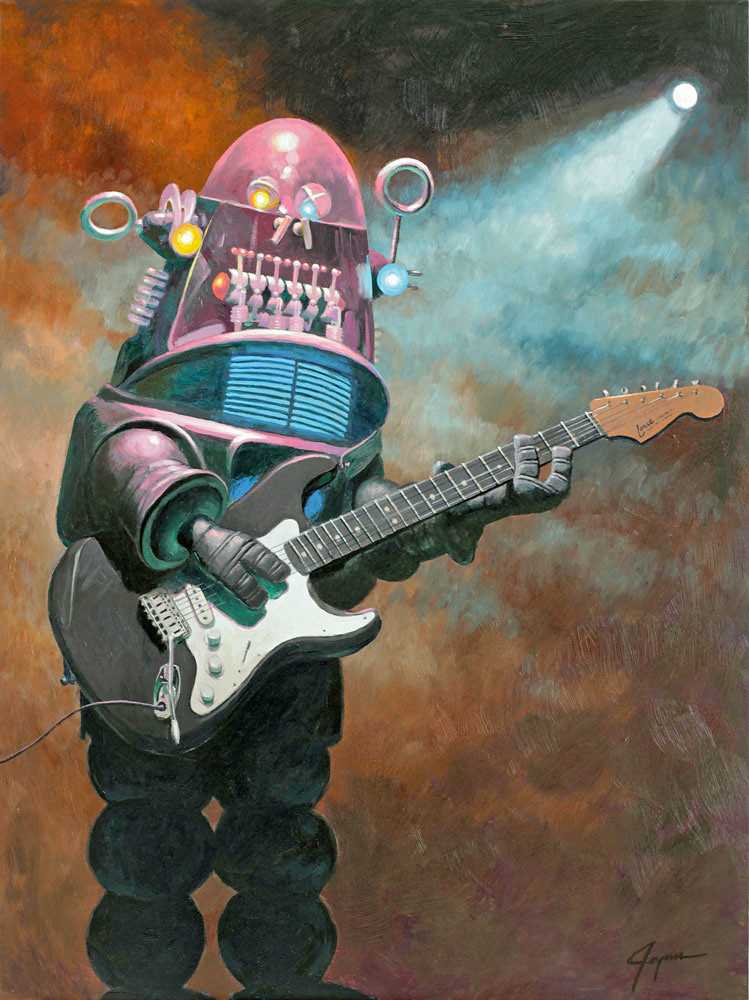 “After a month or so of searching for a ‘nemesis’ I had an epiphany while watching the movie ‘Pleasantville.’ In one of the scenes, Jeff Daniels paints a still life of…donuts. With thoughts of Wayne Thiebaud’s pastries always close at hand, it wasn’t difficult to see the battle scene of robots retreating from 300-foot tall donuts when I went to bed that night. The rest, as they say, is history.” 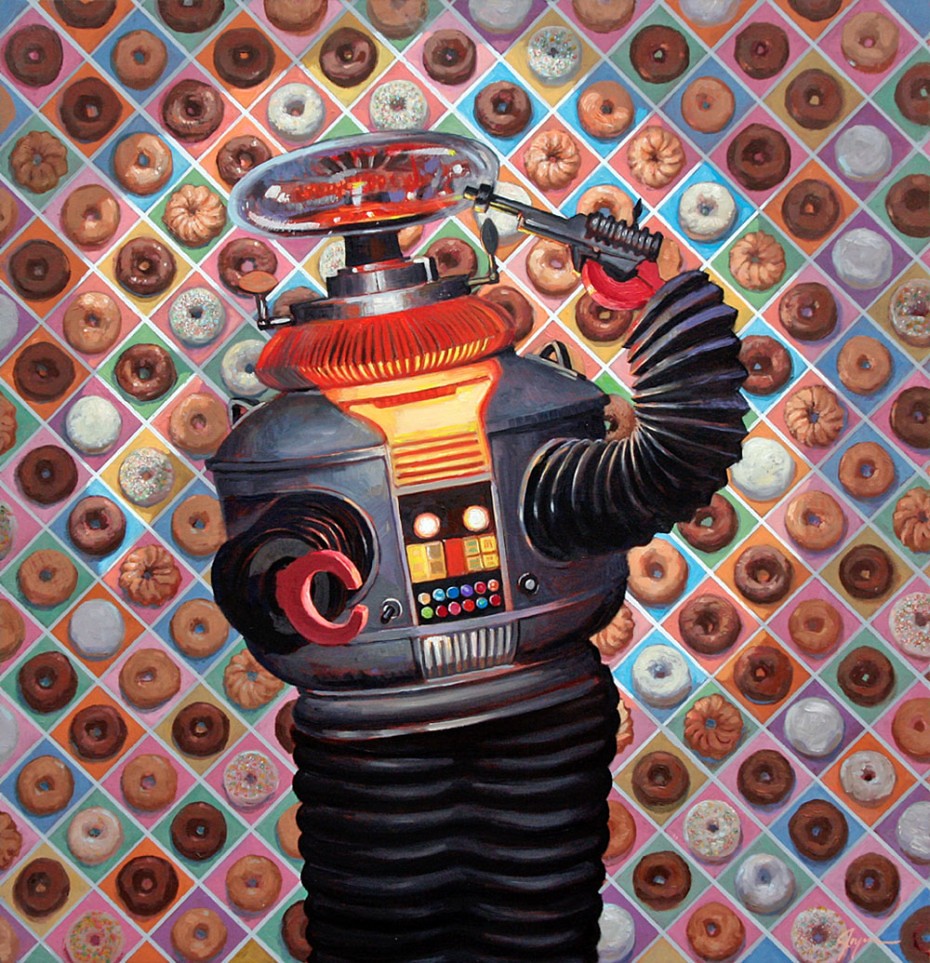